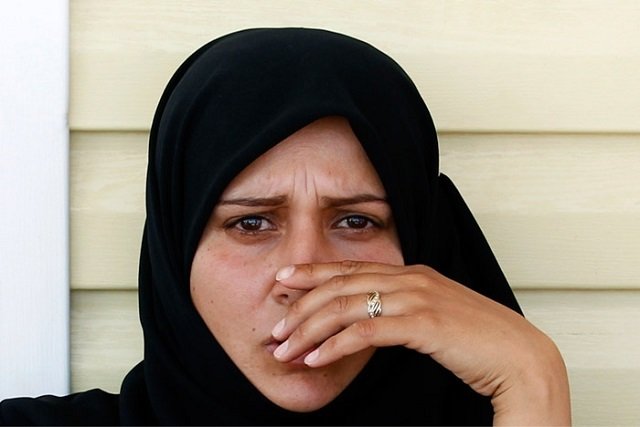 How else would they survive?

February 12, 2016 10:24 am 0
Obama Grows a Conscience Under Pressure
Son of Holocaust survivors fights to save Syrian refugees
60 Million People Uprooted From Their Homes in 2015

Source: NOW Lebanon – by Myra Abdullah (How else would they survive?)

“Here, we are nobody. Nobody cares about us. We are discriminated against all the time. We have barely received any aid since last year. Nobody cares if we eat or not, nor if we die of hunger and cold or not. Nobody cares if we are harassed or exploited. We have to survive any way,” said Safaa, a Syrian refugee and mother of three children who lives in the Lebanese Beqaa Valley.

Last week, a report published by Amnesty International broke the silence about refugee women from Syria who face heightened risk of exploitation and sexual harassment. “I want a safe place:” Refugee women from Syria uprooted and unprotected in Lebanon highlights how refugee women are left vulnerable and susceptible to exploitation by people in positions of power because of the Lebanese government’s refusal to renew residency permits for refugees and a shortage of international funding.

“Everybody thinks we are an easy target,” said 17-year-old Ghalia, who seemed ashamed—as if she was blaming herself for being harassed. “I dress properly, I make sure that I walk and speak decently; however, I get harassed all the time. Some men on the street speak to me in the most vulgar tone, and once, a shop owner offered me free goods from his shop if I agreed to stay longer and chat with him.” Ghalia, who was accompanied by her younger sister, told NOW that she doesn’t tell her mother all that happens with her. “I don’t have an older brother to protect me and my father did not come with us to Lebanon. I know that my mother can’t do anything about this, and if she tells anyone, she might lose her job. I have to be patient; this is all that I can do.”

Similar to Ghalia’s mother who works – at a low wage job— as a cleaning lady in order to assure her family has enough food, many Syrian refugees are being exploited by their employers who take advantage of the lack of job opportunities and the refugees’ need for money. Mohammad (pseudonym), who works at a car maintenance garage, told NOW that he gets paid half of what his Lebanese coworker makes for double amount of working hours. “My salary is $250,” he told NOW. “If I were Lebanese, my salary would have been $450 or $500 at least, especially since I work 12 hours a day.” Mohammad told NOW that his wife also works at a shop, but preferred not to disclose any other details about where she works. When asked if he knew about any sex offers that his wife ever received or if she was ever a victim of sexual harassment, he said that he prefers not to know about it. “If I knew about it, the only thing I can do is get angry. What can I do? Get into a fight and lose my job? Or complain to the police about it?” said Mohammad with a repentance smile on his face.

In Lebanon, many women who came from Syria seeking refuge came alone with their children. Their men were either killed during the Syrian war, have disappeared or were abducted, or decided to stay and fight in for country. In any case, these women found themselves alone and in charge of their families, in a country where the living standards for refugees are not even close to average. In July 2014, NOW reported about thousands of Syrian widows and single women who have lost their families in the war and live in very poor Lebanese areas— begging for aid or for a job. According to a United Nations High Commissioner for Refugees (UNHCR) report, as of May 2014, Lebanon already hosts more than 70,000 Syrian women providers. According to Amnesty International, around 70% of Syrian refugee families live below the poverty line. Since last year, after the severe shortage of funds that forced the World Food Program to reduce the monthly food allowance provided to refugees, many families are left with no aid at all. The government’s policy of not accepting more refugees and making the renewal of residency permit difficult puts Syrian refugees – women in particular – more at risk of exploitation.

“We can’t find a proper job, we have no money left, we have families and children to feed; we pay great amounts of money for rent and basic living needs since Lebanon is a very expensive country, we have no men to support us; yet, we are expected to refuse all offers of sex in exchange for money and fight against harassment and exploitation to save our dignity,” said Oum Khaled, who lives with her 2 daughters and their children in an abandoned, unfinished building—with no windows and doors— in the Beqaa valley. Oum Khaled was one of the few women who agreed to speak openly about Syrian refugee women who face sexual harassment and accept offers of sex only because they are known to be vulnerable and in need of money.

“Some women are scared to speak because this topic is humiliating for them. Moreover, not all women are strong enough to put limits to harassers or to resist sex offers. Some women take such offers and others try to ignore harassers in order to keep their jobs and be able to feed their children; I mean, how else would they survive?”

How else would they survive?