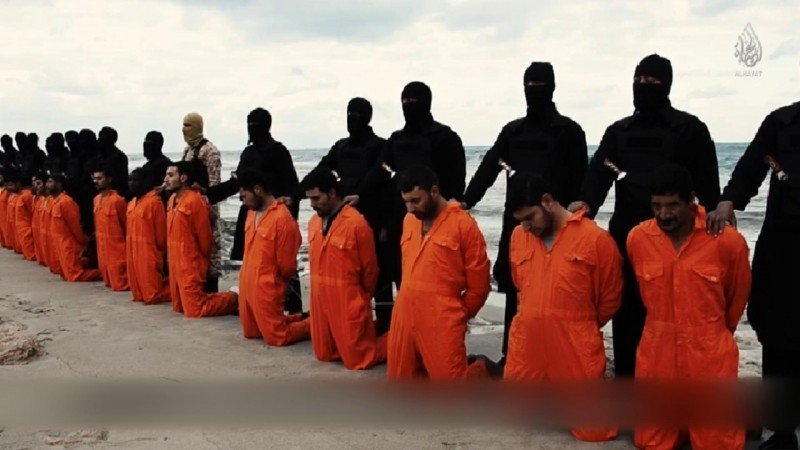 If ISIS survives the coalition strikes to continue threatening the region, who would benefit the most from that survival? Who, today, is holding ISIS together?

After its horrific beheading of Christians in Libya, ISIS has become a threat not only to moderate Muslims in addition to Europeans and Americans, but also to the shrinking minorities of the region the Levant cannot survive and prosper without their survival and prosperity.

Three factors are playing a role in sustaining and extending the life of ISIS.

The primary reason is Obama’s refusal to label them for what they are: An Islamic terrorist organization. Such label would rally the world to defend against a new threat, something Mr. Obama is reluctant do for he will become the anti-ISIS rallying champion. This means he will have to lead the assault on this new terror. You guessed it, leading is not one of Obama’s strong suits. He will talk anyone into leading but he himself is unable to lead.

The second reason ISIS is being held together and recruiting more and more fighters is because Assad remains in power. ISIS, as well as millions of Sunnis, sees its existence as the result of an apathetic world community that occupied balcony seats to watch Assad murder, gas, and bomb at will Sunni civilians. When Obama has utterly refused to stop Assad, ISIS sees its mission as filling the void left wide open by Obama’s defunct foreign policy.

ISIS killing and beheading means both the Syrian and the Iranian regimes are surviving, Iran is occupying more Arab countries like Yemen, and the Iranian nuclear program is off the front page. When was the last time you read an article about Assad bombing civilians with barrel bombs? All ink, all ISIS.

Anyone who hopes ISIS will simply vanish because of a concentrated air campaign had better think twice. To defeat ISIS, we must change Barack Obama’s mind, remove Assad from power, and convince Iran it is against its interests the world is paying full attention to ISIS, not its terror or its nuclear program.

If you can accomplish all three, ISIS danger will dissipate. Otherwise, expect the worst.

At the end of the day, it is Obama, Assad, and Iran holding ISIS together.

How to Beat ISIS: First Deal With Assad
Syria is Caught Between Bombs and Butchery
Syria After Four Years of Mayhem
Assad Genocide 429 Slippery Barack Obama 976