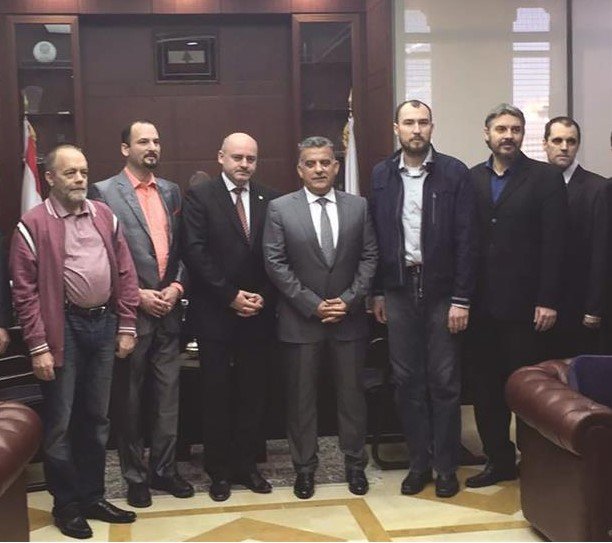 TFS Note: In “Hizbullah’s International Drug Network Preoccupies Europe”, a larger issue is missed. The banking restrictions imposed by the U.S. Treasury can be easily circumvented using Damascus access to its own banking network. Unless the US also imposes strict sanctions on Syria’s banking system, Hezbollah is free to move funds in support of terror.

On February 1, 2016, four Hizbullah foreign security operatives were arrested in France for running an international network that used millions in drug money to fund the organization’s military activity in Syria. According to a U.S. Drug Enforcement Agency (DEA) official, the Hizbullah division was “a revenue and weapons stream… responsible for devastating terror attacks around the world” and that additional arrests were likely in the case. Seven countries, including France, Germany, Italy, and Belgium, were involved in the investigation and arrests. It was also reported that the Hizbullah operatives could face extradition to the U.S.

This report will shed light on both cases, and examine their similarities and a possible connection between them.

On February 1, 2016, the DEA announced the arrest of a number of Hizbullah foreign security operatives for running an international network trafficking in millions of dollars’ worth of drugs, laundering the profits, and using the funds to purchase weapons for Hizbullah’s military operations in Syria. The operatives, part of a European Hizbullah cell, included Mohamad Noureddine, a Lebanese money launderer who worked with Hizbullah’s financial apparatus and funneled its funds through a Lebanese company that he owns, and who maintained direct ties with Hizbullah commercial and terrorism elements in Lebanon and Iraq. According to the DEA, the network was established by ‘Imad Mughniyah, Hizbullah’s chief operations officer who was killed in Damascus in 2008, and is now operated by Hizbullah’s representative in Tehran, Abdallah Safieddine, and by businessman Adham Tabaja, a Hizbullah official who was recently named as a Specially Designated Global Terrorist (SDGT) by the U.S. Hizbullah worked with South American drug cartels providing cocaine to U.S. and European markets. Also according to the DEA, the investigation, which began last February, uncovered a sophisticated network of money couriers bringing millions of euros in drug profits back to the Middle East, with much of these funds passing through Lebanon. According to the DEA, “this ongoing investigation spans the globe… and once again highlights the dangerous global nexus between drug trafficking and terrorism.”[1]

While the DEA announcement did not specify how many people were arrested and where the arrests took place, the Lebanese daily Al-Nahar reported that four Lebanese citizens were arrested in France in late January 2016, one of them Noureddine who was apprehended as he disembarked from a flight into France.[2] The report also stated that this cell had operated in the Ivory Coast city of Abidjan, in Belgium, and in Latin America, with Paris as a money transfer point. Al-Nahar‘s sources said that the detainees could be extradited to the U.S.

Also according to Al-Nahar, several weeks earlier, French authorities had arrested the son of a prominent Lebanese “figure,” also for drug trafficking and laundering funds for “a terror organization.” According to this report, U.S. authorities requested extradition as part of the customary cooperation among the countries in such cases, but the young man’s father was trying very hard to get his son released and cleared of all charges against him even though upon his arrest he was found to be in possession of a large sum of money.[3]

A Similar Case: Hizbullah Associates’ Arrest For Drug Trafficking In Czech Republic – Leads To Kidnapping Of Czech Nationals In Lebanon

This recent arrest of Hizbullah operatives in France, and the effort to obtain the release of one of them before he could face extradition to the U.S., are reminiscent of another case that began in the Czech Republic two years ago and concluded only recently in Lebanon.

In April 2014, at the U.S.’s request, Czech authorities arrested three Lebanese nationals, ‘Ali Fayad, Faouzi Jaber, and Khaled Marabi, in Prague for suspected drug and arms trafficking with FARC, the Colombian organization named by the U.S. State Department as a Foreign Terrorist Organization (FTO). According to Arab and Lebanese media reports, Fayad is an Hizbullah associate[4] who is also a citizen of Ukraine; at the time of his arrest he was Middle East affairs advisor in the Ukrainian Defense Ministry and was involved in arms deals with various Arab countries.[5]

Then, in July 2015, five Czech nationals were abducted in Lebanon’s Western Beqaa Valley, along with their Lebanese driver who had picked them up at the Beirut airport. The driver was later revealed to be none other than Saib Fayad, the brother of ‘Ali Fayad, one of the Lebanese arrested by the Czechs in Prague. The kidnapped Czechs included two journalists, apparently in Lebanon to cover the ‘Ali Fayad story; an interpreter; Fayad’s attorney; and a Czech military intelligence officer.

Was The Abduction Of The Czechs Staged, With The Aim Of Obtaining Fayad’s Release?

The Lebanese daily Al-Safir reported that the abduction of the Czechs came just as the Czech Republic was about to extradite ‘Ali Fayad and the two other Lebanese nationals to the U.S. According to reports in Lebanese media, Lebanese security forces quickly realized that this was a kidnapping not for ransom, but for a different purpose – to lead to a deal with the Czech Republic under which the Czechs would be released in exchange for ‘Ali Fayad.[6] Other Lebanese media reported that the abduction was staged, with Fayad’s brother the driver, Fayad’s attorney, and the Czech intelligence officer as accomplices, with the aim of opening negotiations with the Czech Republic for Fayad’s release. A diplomatic source even told Al-Safir that Fayad’s attorney had been well paid for his participation in the events.[7]

A Lebanese security official assessed that “a Lebanese political element” with ties to Fayad had organized the abduction of the Czechs; it appeared that he was attempting to hint that Hizbullah was behind the events.[8]

Indeed, following the Czechs’ abduction, a Czech intelligence delegation arrived in Lebanon for talks with Lebanese General Directorate of General Security head Abbas Ibrahim, who was in contact with the kidnappers.[9] Ibrahim, it should be noted, is known for his good relations with Hizbullah, and the General Directorate of General Security is considered to be close to it.

According to Lebanese media reports, the talks to release the Czechs in return for Fayad were absolutely secret and involved international elements;[10] they concluded after the Czechs guaranteed that Fayad would not be extradited to the U.S.[11]

The affair wound down earlier this month, when the Czechs were brought to Ibrahim, who transferred them to Beirut so that they could be returned to the Czech Republic. At the same time, Czech authorities released Fayad, and he arrived in Lebanon shortly thereafter. Another Prague detainee, Khaled Marabi, was also released.[12] Several days later, Czech authorities announced that they would release Faouzi Jaber, the third Lebanese national.[13]

It was very apparent that the Lebanese state itself had little or nothing to do with the case. No Lebanese official – not Prime Minister Tammam Salam, not Foreign Minister Gebran Bassil, nor any other government official – ever mentioned the events, the deal, or the release of either the Czech nationals or the return of Fayad and Marabi. While there were reports in the Lebanese media that Ibrahim had kept PM Salam, Interior Minister Nohad Al-Machnouk, and parliamentary speaker Nabih Berri updated regarding the deal, it appears that the negotiations were conducted by Ibrahim himself.[16]

The similarity between this affair and the arrest this month of Hizbullah operatives in France for drug trafficking and financing terrorism gives rise to the question of whether this same unidentified Lebanese element will use the same modus operandi in this case as well – that is, will French citizens be abducted to secure the release of the Hizbullah activists arrested in France at the request of the U.S.?

*E.B. Picali is a Research Fellow at MEMRI; H. Varulkar is Director of Research at MEMRI.

[2] The report also states that one of the four was released several days later because he could not be connected to the events.

[16] In September 2015, Fayad’s family said that Abbas Ibrahim had agreed to take charge of the affair as per the family’s request, and that he was the only official element handing the matter. Al-Akhbar(Lebanon), September 9, 2015. It should also be mentioned that Al-Nahar criticized the state’s handling of the affair, arguing that it is reminiscent of previous abduction cases in Lebanon – not one of which Lebanese security forces ever solved even though the names of the kidnappers and the locations of the hostages were well known. The daily added, “This is probably not the last [such case].” Al-Safir, Al-Nahar (Lebanon), February 2, 2016.