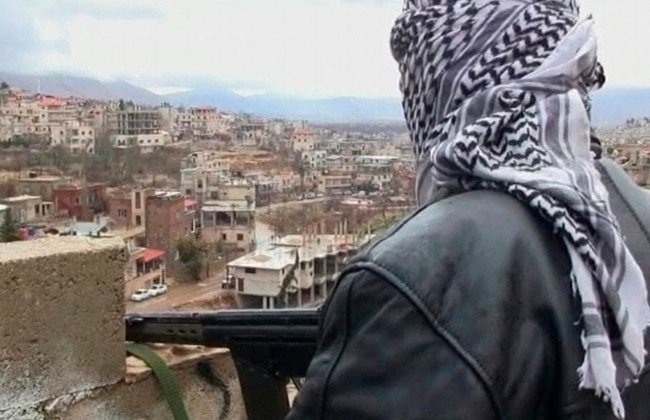 July 1, 2015 8:31 pm 0
Will Israel Escalate Its Operations Against Hezbollah in Qalamoun?
Intimidating Americans, Dialoguing with Terrorists
One Syria for All, All Syrians for One

Hezbollah fighters moved into the outskirts of the Syrian border town of Zabadani Wednesday, engaging in fierce fighting with Syrian rebel factions, according to a Lebanese security source.

Before launching the attack on the western outskirts of the town,Hezbollah heavily shelled the militants’ positions with rockets and mortar bombs, the source added.

Hezbollah had prepared to wage an all-out offensive on Zabadani by sending large quantities of weapons and ammunition into Lebanon’s eastern mountain range earlier this week.

Zabadani is one of the largest towns in the Syrian Qalamoun region, and one of the Syrian rebels’ last strongholds along Lebanon’s borders.

Security sources told The Daily Star that the decision to launch the offensive came after negotiations with rebels failed to secure the militants’ withdrawal from the area, which is located 50 kilometers northwest of Damascus.

The town bears strategic significance for the party since it once served as a logistical hub for supplying Hezbollah with Iranian weapons. It also served as a base for party fighters and the Iranian Revolutionary Guard, who had entered Syria to fight alongside the regime.

The capture of the town of Zabadani would add to the Hezbollah’s major field victories, which saw the party taking 64 percent of the Qalamoun hills since their offensive, backed by the Syrian army, began in the region last May.

Last month, Hezbollah advanced into the outskirts of the northeastern town of Arsal from the south and east, tightening its grip around Nusra Front militants encamped in the area. North of Arsal, Hezbollah is also fighting ISIS for control of the outskirts of Ras Baalbek, a Lebanese Christian border town.

The Jew killers
A Virus with a Hijab
The Thomas Affair: A Letter to Wayne State University
Syria 450