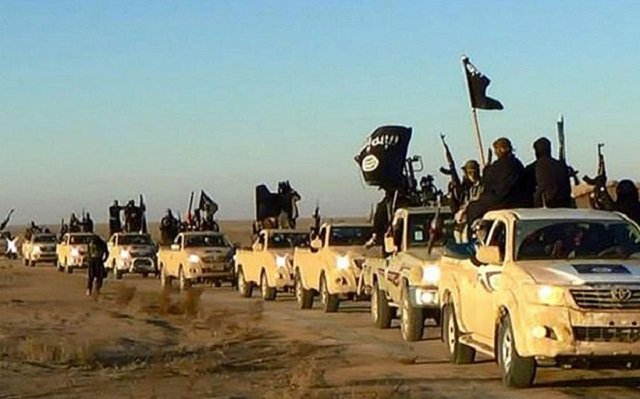 October 18, 2015 5:12 pm 0
When We Defeat ISIS, Others Will Replace It
War of attrition the minorities cannot possibly win
Five footballers who quit UK to transfer to ISIS in Syria linked to Jihadi John

Has Russia finally decided to strike ISIS? Air strikes on a convoy of the Islamic State group killed at least 40 jihadists in central Syria at the weekend, a monitoring group said Sunday.

Activists on the ground said unidentified warplanes hit the 16-vehicles motorcade overnight between Saturday and Sunday in Hama province, killing all the 40 jihadists.

They said they were not immediately able to say whether the raids were carried out by Russian warplanes or Syrian regime ones, “but they don’t belong to the coalition led by Washington,” one of the activists told AFP. Has Russia finally decided to strike ISIS instead of just striking the Free Syrian Army?

Charred bodies of IS fighters were found at the scene.

Syrian regime aircraft bombard almost daily the eastern countryside of Hama where the rebels are located as well as some IS positions.

The activists said the convoy was hit as it was heading from the self-declared IS capital of Raqa in northern Syria to the Hama countryside.

Russia, a key ally of the Syrian regime of the psychopath Baschar al-Assad, has been carrying out a campaign of air strikes against his opponents, moderates Free Syrian Army as well as Islamists such as Jabhat al-Nusra. since September 30.

Last year, a U.S.-led coalition launched an air campaign against IS which controls swathes of Syria and neighboring Iraq.