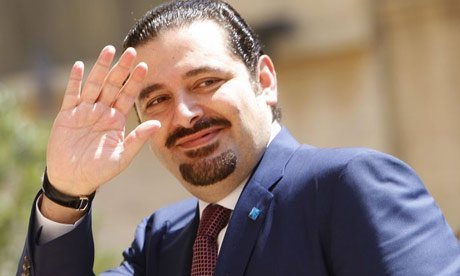 April 28, 2015 9:10 am 0
Why Assad Should Ask for STL Indictments
Hariri Refuses to Join the Axis of Evil
Hariri wants operation Decisive Storm moved to Syria

Al-Mustaqbal Movement leader ex-PM Saad Hariri has blamed Hizbullah for the proliferation of terrorist groups in Lebanon and vowed to stop the eruption of a new civil war in the country.

“Hizbullah’s involvement in defense of the Assad dictatorship in Syria has imported terrorism to Lebanon,” Hariri said at the Wilson Center in Washington on Monday.

“We are currently in dialogue with Hizbullah and our dialogue aims at defusing tensions in the country,” he said.

However he stressed that the party “will only listen to Iran” on key issues, such as the withdrawal of its fighters from Syria and the election of a president in Lebanon.

Hariri said that “a vacuum in the presidency is very dangerous and contributes to the paralysis of all state institutions.”

Lebanon has been without a head of state since President Michel Suleiman’s six-year term ended in May last year.

The former prime minister urged all parties to abide by the Baabda Declaration which calls for distancing Lebanon from the war in neighboring Syria.

“We need to fight all sorts of extremism – Sunni or Shiite. To do this, there needs to be a clear international policy to support the voices of moderation in the region,” Hariri said.

The Mustaqbal leader stressed that his “only priority remains to protect Lebanon.”

“I hear many in the international community often repeat that given all that is happening in the region, Lebanon is still in a good place,” he said.

“At least there is some relative stability. However this stability is not sustainable unless state institutions are strengthened and the war in Syria is resolved,” he added.

Hariri vowed not to “allow civil war to return to our country. We will never resort to violence no matter what despite the fact that we are only faced with violence and assassinations.”

“We have clearly stood by the side of justice, moderation, and state institutions, in the fight against terrorism and extremism,” he stated.

“However, if the current status quo persists, it will become increasingly difficult to prevent the flames of the region from igniting civil strife in Lebanon,” he added.