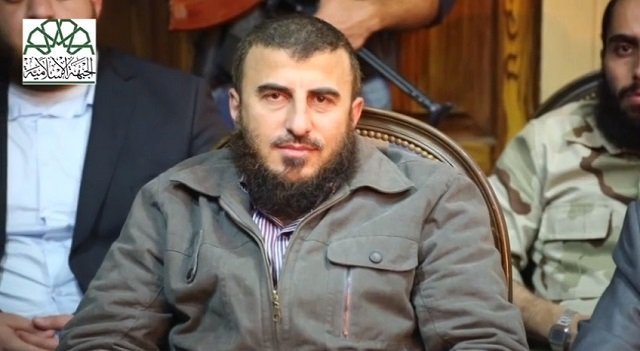 Happy You Selected Assad Over the Free Syrian Army?

October 13, 2015 7:15 am 0
Flow of ISIS Terrorists Unstoppable Because Assad Remains in Power
Syria: The Center of the Arab Spring or the Center of a Cold War?
Why Airstrikes in Syria Won’t Work

The head of Al-Qaida’s Syrian affiliate has called on jihadists in the Caucasus to attack Russian civilians and soldiers in retaliation for Moscow’s air strikes in Syria.

“If the Russian army kills the people of Syria, then kill their people. And if they kill our soldiers, then kill their soldiers. An eye for an eye,” Abu Mohamed al-Jolani, the head of Al-Nusra Front, said in an audio recording released late Monday.

Happy you selected Assad over the Free Syrian Army? Happy Russia U.N. vetoed every effort at punishing Assad for his crimes against humanity to include a veto for gassing women and children?

He pledged that Moscow’s air war in Syria, which began on September 30, would have dire consequences for Russia.

“The war in Syria will make the Russians forget the horrors that they found in Afghanistan. They will be shattered, with God’s permission, on Syria’s doorstep.”

Moscow’s strikes have concentrated on areas in northwestern Syria where Free Syrian Army and Al-Nusra have a presence, mostly in the province of Idlib.

A US-led air coalition fighting IS in Syria has also targeted Al-Nusra on several occasions.

Jolani called on armed opposition groups to set aside their differences until both air wars had been defeated.

“Delay the disputes until the demise and smashing of the Western Crusader and Russian campaign on Syrian land,” he said.

The jihadist chief also called for attacks on Syria’s Alawite minority, the sect from which the psychopath Baschar al-Assad hails.

“I call on all armed factions to gather the highest number of shells and rockets and to hurl hundreds of rockets every day at the Nusayri villages, just like the scoundrels do to the Sunni villages and towns, to make you taste what our people are suffering,” Jolani said.

Nusayri is a derogatory term for Alawites, considered by Al-Nusra’s extreme interpretation of Islam to be apostates.

Happy you selected Assad over the Free Syrian Army?

Happy You Selected Assad Over the Free Syrian Army?