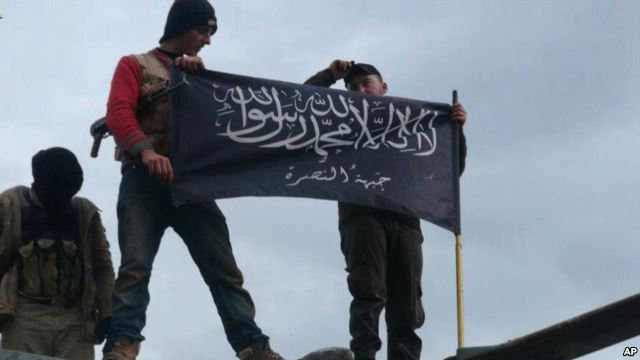 Growing numbers of young Turks are crossing into Syria to join jihadist groups fighting the Assad regime raising fears in Turkey of a future national security risk for Ankara.

Last month the U.S. and Turkey agreed to create a $200 million dollar fund to help local organizations develop programs to counter violent extremism among young people in places like Somalia, Yemen and Pakistan.  Now some are warning the threat might be closer to home because of a surge in recruitment of young Turks by al-Qaida affiliates.

Al-Qaida affiliates in Syria such as the Islamic State of Iraq and Sham (ISIS) and Jabhat al-Nusra are making headway in persuading Turkish Sunnis to cross the border into Syria for jihad, Turkish officials acknowledge.

Turkish officials said that jihadists have recruited several hundred young Turks from the southeast of the country to fight in the civil war raging next door. And independent analysts estimate that as many as 500 Turks have been recruited since al-Nusra was formed in January 2012. The larger Iraqi affiliate ISIS, which became active in Syria earlier this year, is also actively seeking Turkish recruits.

Syrian Kurdish leader Salih Muslim said the Turkish Prime Minister Recep Tayyip Erdogan and his Islamist AKP government are partly responsible for the jihadist success, arguing that Ankara has not done enough to combat jihadists using Turkey as a logistical base and has in effect colluded with them by allowing al-Nusra fighters safe passage. Jihadists and Syrian Kurds have been engaged in heavy fighting in recent weeks in competition for control of Syrian territory.

Muslim is a co-chairman of the Kurdish Democratic Union Party (PYD), an offshoot of the PKK, a separatist Kurdish group in Turkey. He alleged that Turkish authorities are willing to turn a blind-eye to the jihadists in Syria while they fight Kurds, arguing that Ankara hasn’t done enough to block Gulf-supplied weapons earmarked for the Western-backed Free Syrian Army from falling into jihadist hands. He also said International aid agencies are being prevented from sending relief supplies across the border to Kurdish villages in northern Syria.

“Not a single assistance convoy crossed to our side in one month. Our people are living under difficult war conditions. We have acute shortages of electricity, water, fuel and medicines. There is an embargo against us,” he told Turkey”™s Taraf newspaper.

In recent weeks, as fighting has intensified between jihadists and Kurds in northern Syria, observers said wounded al-Nusra fighters have been transported by Turkish ambulances to hospitals in Urfa.

But Turkey’s Interior Minister Muammer Guler denied there has been any assistance offered to jihadists along the border. According to Guler in an October 4 press release, 129 suspected terrorists have been arrested in the past year. But the interior minister did not offer a breakdown of the allegiances of those detained.

In September, Turkish prosecutors indicted six jihadists – five of them Turks – for trying to acquire chemicals with the intent to produce the nerve agent Sarin. The suspects — all al-Nusra members — tried to secure two government-regulated military-grade chemical substances, according to the allegations contained in a 132-page federal indictment.

Turkey’s Radikal newspaper said a lengthy investigation it carried out suggests 200 young Turks have been recruited alone from Adiyaman, a town in the southeast of the country. A father of twin sons who had been recruited by al-Nusra told the newspaper that the radicalization process had taken about a year and that his sons disappeared on September 2.

After their disappearance, he tracked his sons down to the Syrian city of Aleppo. “I went to Aleppo with a guide and toured six camps in four days. There were young men from Adiyaman, Bitlis and Bingol in the camps. I found both my sons in a camp in Aleppo. When I told the gang leader that I had come to take them back, he replied:  the boys are fighting for jihad here. Are you an infidel, since you are trying to stop them from jihad?”

The recruitment process back in Turkey sidetracks local mosques, presumably as a precaution against possible Turkish police surveillance. Likely recruits are encouraged to join small prayer groups where videos are shown of the fighting in Syria. Adiyaman isn’t the only town that is seeing high levels of recruitment. A Turkish police source – who asked not to be identified – said there is jihadist recruitment activity in Urfa and Diyarbakir. Once persuaded to join up Turkish recruits undergo 45 days of basic military training before joining a fighting unit, he said.

Prior to the Syrian civil war, global jihadist groups had only limited success in recruiting in Turkey. In 2007, the al-Qaida-linked Islamic Jihad Union launched a Turkish-language website. Several Turks have been arrested in the past in foiled bomb plots in Europe. And there have been a handful of Turkish suicide bombers, the most notable Cunyet Cuftci, who attacked a NATO base in Afghanistan in March 2008, killing several Western soldiers.

But now after nearly three years of civil war in Syria and growing numbers of young radicalized Turks joining the fight fears are growing that radicalization will spread, and that one day young Turkish jihadists may bring the war home with devastating consequences.