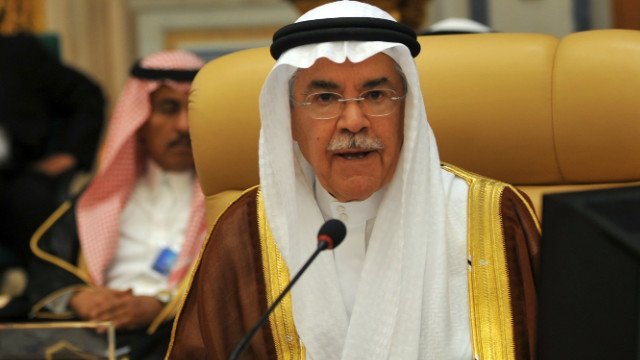 In February of this year, the Iranian parliament adjusted its fiscal budget for 2015-2016 on the basis of $72 price for a barrel of Brent crude oil. As of today, the price hovers around $62 a barrel. There are growing Iranian concerns over where oil prices are today.

Oil group OPEC agreed to stick by its policy of unconstrained output for another six months on Friday, setting aside warnings of a second lurch lower in prices as some members such as Iran look to ramp up exports.

Concluding a meeting with no apparent dissent, Saudi Arabian oil minister Ali al-Naimi said OPEC had rolled over its current output ceiling, renewing support for the shock market treatment it doled out late last year when the world’s top supplier said it would no longer cut output to keep prices high.

The Organization of the Petroleum Exporting Countries will meet again on Dec. 4, Naimi said.

With oil prices having rebounded by more than a third after hitting a six-year low of $45 a barrel in January, officials meeting in Vienna saw little reason to tinker with a strategy that seems to have resurrected moribund growth in world oil consumption and put a damper on the U.S. shale boom.

“You’ll be surprised how amicable the meeting was,” a visibly pleased Naimi told reporters after the meeting. This is spin for “We got Iran where we want her”.

Oil prices rose by nearly $1 a barrel after the decision, paring some of this week’s losses on news that OPEC had not raised its output ceiling to match current output levels that are much higher, as a handful of analysts had suggested.

In the meantime, Iranian Oil Minister Bijan Zanganeh said on Friday that most members of OPEC agree $75 a barrel is a “fair” oil price, the first such comment from one of the group’s most hawkish nations. His price-setting number shows growing Iranian concerns over crude oil hovering around $62 a barrel.

“I think most of the OPEC members believe that a price around $75 is a fair price for both sides and is working well,” Zanganeh told reporters as the Organization of the Petroleum Exporting Countries (OPEC) prepared to meet in Vienna, where the group will likely agree to carry on pumping at full throttle. Another indication of growing Iranian concerns over oil prices.

The comment adds to signs that many of the world’s biggest producers are gravitating towards a new equilibrium price that they believe may be low enough to deter competition from higher-cost frontiers without wrecking OPEC members’ budgets.

As long as Saudi Arabia, the swing producer in OPEC (capacity to fluctuate prices based on its high production capacity), Iran has to submit to Saudi production decisions, which today are causing a further $10 budget deficit due to Iranian falling oil revenue for this year and causing growing Iranian concerns.

Saudi Arabia will most likely continue to play its swing card advantage to upset the two largest oil producers in Iran and Russia to pressure both countries to abandon the Assad regime in Syria.

Growing Iranian concerns over its oil policy is exactly what Saudi Arabia aims for.

No Choice But To Mobilize Against the Mullahs in Iran
Why Does It Take a Fire?
Iran thumbs its nose at the United States
Support U.S. Allies 152