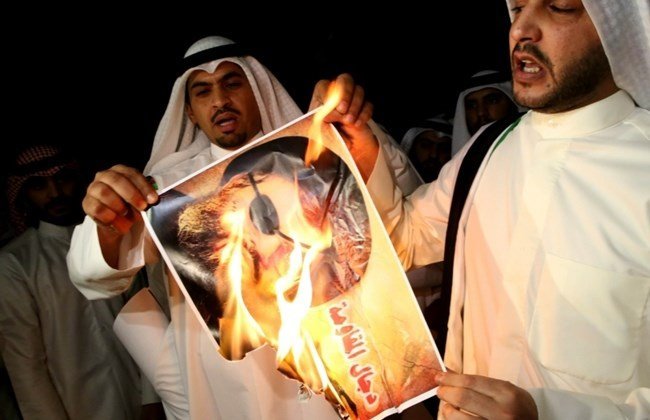 The Kuwaiti government increased pressure against Hezbollah-linked businessmen, a report said Thursday, as the Kuwaiti General Directorate of State Security reportedly prepared lists of people banned from entering the country over their alleged links to the party. Growing Hezbollah pains over its Syrian intervention are beginning to manifest themselves in economic form.

These measures are devastating to Hezbollah, which relies heavily on remittances from sympathizers working in the rich Gulf countries.

“The list mainly includes Lebanese and Syrian expats, in addition to other Gulf nationals, who were proven to have links to Hezbollah or support it financially, politically and through media,” the Kuwaiti Al-Rai newspaper reported.

The daily said that the people on the lists “are no longer wanted in the country and work is underway to deport them based on three legal procedures that take into consideration the state’s security and the interests of other expats.”

The report reveals that the lists also include businessmen and media figures who were “designated according to overwhelming evidence of their link to Hezbollah.”

According to the daily, six people so far have been forbidden from entering Kuwait, the residency permit of five others were not renewed, and two others were given a month to leave the country. Their nationalities were not specified.

Kuwaiti Deputy Foreign Minister Khaled Jarallah stated overnight that “anyone who is proven to be cooperating or supporting Hezbollah will be placed under legal prosecution.”

The Kuwaiti decision comes amid a strong campaign by the Gulf Cooperation Council against the Lebanese party over its involvement in wars in the region, in particularly Syria and Yemen.

Relations between Saudi Arabia and Hezbollah have been sour for years, but intensified over the Saudi-led war in Yemen launched in March 2015, where the two support opposite sides.

“Kuwait is part of the GCC… we share the same fate and future,” Jarallah said in a news conference carried by the Kuwaiti News Agency (KUNA).

Hezbollah’s critics in Lebanon accuse the group of endangering Lebanon.