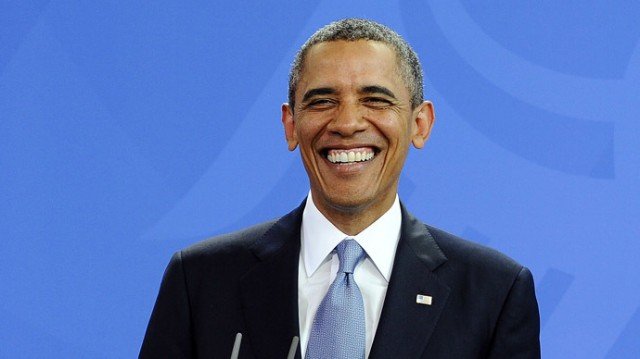 What a great man Barack Obama is

August 9, 2014 2:59 pm 0
Diplomacy in a World of Extreme Violence
Growing Unease Over Turkish Jihadists in Syria
The Next Big Battle for Aleppo’s Soul

In light of the recent American attacks against the terror of ISIS/ISIL to save the Yazidi women and children from their claws, many in the news media have ignored a terrific story that is of much importance to the Syrian people. Why they ignored it remains a mystery to many Syrian-Americans like myself.

At any rate, the story I am referring to was an invitation issued by the White House to receive about a dozen or so Syrian mothers to meet with the President of the United States Barack Obama.

After the meeting, my good friend Falafel caught-up with one of the mothers from the beleaguered city of Aleppo in northern Syria just outside the gates of the White House on the west side of Pennsylvania Avenue. Her name is Mariam Mardam and she is the mother to five children. Her neighbors call her Um Fawaz.

Falafel: “Um Fawaz, tell me about your meeting with the President Barack Obama. What did he tell you? What happened inside?”

Um Fawaz, all blushing and smiling, was short on words: “It was wonderful”

Um Fawaz: “Well, the President first told us how happy he was that all of our children are safe having survived before Assad could harm them and how happy he was to see Syrian mothers smiling because they feel safe in Syria”

Falafel: “Did he know who your families were?”

Um Fawza: “Of course, he recalled the names of all my children as well as all the children of all the Syrian mothers present. It was divine of him. Every mother in the room had tears in her eyes when he asked about her children by name”

Falafel: “Go on, what happened?”

Um Fawaz: “Well, it started when Um Reda who is from Homs thanked him for coming to her aid and the aid of all the people of Homs with the American jets to stop the Assad slaughter which was about to begin”

Falafel: “How did the President react?”

Um Fawaz: “He smiled and said that it would have been unconscionable of him not to come to the aid of helpless civilians being murdered in cold blood at the hands of a butcher. I swore to you Mr. Falafel, when he said that, there was not one dry eye in the room. All the Syrian mothers started sobbing quietly. His words touched us all so much. What a great man Barack Obama is”.

Falafel: “Who else spoke?”

Um Fawaz: “Um Ali also spoke. She told the President that she was a Shia from Hama who lived amongst the Sunnis never knowing the difference because they all cared for each other. She told him how Assad wanted them to fight each other and had the President not interfered to stop him, Syria would have sank into a sectarian abyss. She told the President that had it not been for his vision, Syria would have been destroyed as a country. When Um Ali said these words, we all cried tears of joy because we all know that Syria is safe as a country today thanks to Mr. Obama”.

Falafel: “What impressed you the most about the President?”

Um Fawaz (taking her time): “I think it was his humility. Even though he is working so hard behind the scenes to send Assad from Guantanamo to stand trial in The Hague, he never once said it. He seemed unwilling to brag about his many accomplishments, especially when it came to saving Syria from Assad. Also, he looked strong to me”

Falafel: “What gave you that impression?”

Um Fawaz: “At one point, Um Sherkoh brought up the name of Ayatollah Khamenei and when she mentioned his name, the President confidently looked her in the eye and said “I do not want the Kurds of Syria to ever be concerned with Iran. I know what to do if Khamenei ever threatens any of our allies. I, and many others in my administration, consider the Kurdish people America’s allies”. We all applauded him when he said that. It showed us all what a strong leader he is and how willing he is to risk his reputation and legacy to control evil men. He is the most unselfish man I have ever met”

Falafel: “Anything else you want to tell our American readers?”

Um Fawaz: “Yes indeed. God bless Barack Obama for saving us from the evil of Assad”