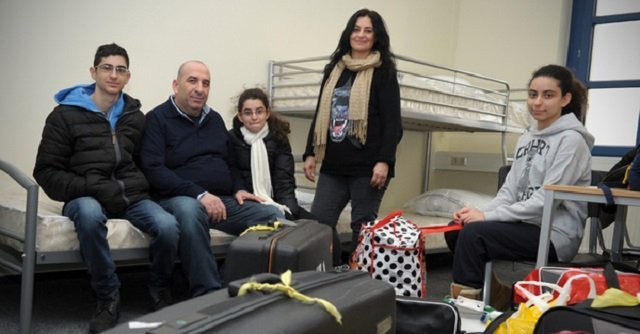 September 7, 2015 8:34 am 0
On Syria: Germany stands out, stands up
Acrobatic Putin is Testing Western Resolve
When Western Technology aids in Killing Innocent Syrians, It is Hard to Turn a Blind Eye

The country, which is currently opening its doors to a record number of refugees, will make an additional six billion euros ($6.7 billion) in public funds available next year to cover the cost of looking after them, the ruling coalition parties decided on Monday.

Germany’s largesse should be a lesson to rich Arab Gulf countries.

Both the conservative CDU and Social Democrat SPD parties came tohgether in unity in support of the Syrian Refugees. Maybe our Republican and Democratic leaders can learn a lesson from Germany’s cooperation.

Both said in a joint statement issued after a late night meeting on Sunday. Germany is expecting to receive a record 800,000 asylum seekers this year.

“The federal government will increase its 2016 budget by 3.0 billion euros to cope with the situation with refugees and asylum-seekers and the regional state governments and local authorities will make available a further 3.0 billion euros,”

The government would seek to reach agreement with the regional states on exactly how the cash will be used by September 24, the statement added.

“In these weeks and months, Germany is the destination for an unprecedented number of refugees who are seeking protection from war, persecution and distress.”

The government hailed the “wave of solidarity” that Germans were showing to these refugees and said the country’s economic strength would enable Germany to meet the challenges of taking them in.

Germany, Europe’s biggest economy, has taken in by far the EU’s largest numbers of refugees amid the biggest refugee crisis since World War II.

This weekend alone, some 17,000 migrants were expected to have passed through Bavaria, federal police said, demonstrating amply Germany’s largesse.

While Germany has seen a spate of xenophobic rallies and attacks against foreigners, especially in the former communist East, many people believe the country, given its dark wartime and Holocaust history and current wealth, has a special obligation to help refugees.