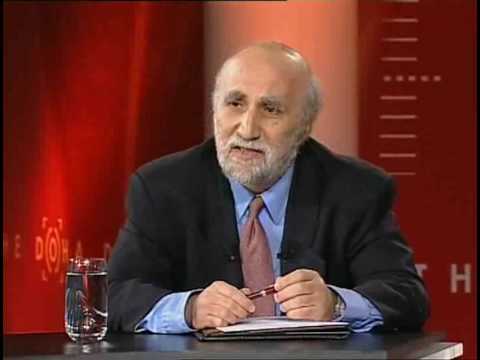 If freedom had a son

June 23, 2014 1:29 am 0
When a Jew and a Muslim Speak in One Voice, World Better Listen
Putin Shows How Dumb Donald Obama Lite Trump Has Been
Assad is al-Qaeda

I first met Professor Fouad Ajami in the spring of 2004 when he invited me to speak at John Hopkins University to some of his graduate students immersed in Middle East politics.

That day, I remember going away feeling enlightened. Not by my delivery to the students about the virtues of moderation and freedom, but by the inerasable and enduring impression I had of Fouad Ajami. Since, that meeting, over ten years ago, I never missed one article he wrote or one word he delivered publicly.

It was not hard, if you met the man, to realize why he commandeered such respect from his peers and his foes alike. His magnetism rubbed on you personally while his intellectual arguments resonated universally. It is hard to imagine a more powerful effect than great ideas, we all know to be true, travel so effortlessly and so widely through the magic of Fouad.

Fouad Ajami passed away this Sunday at the age of 68, which is to say at the height of his intellectual prowess. It was a total shock for me and probably for many of his friends who were much closer to him and who knew little about his illness. It was, in a way, typically Ajamesque of him not to let his friends worry too much.

Even while suffering from cancer, Fouad found the time to write for the Wall Street Journal. His last article dated back nine days from his passing.

Fouad Ajami will be sorely missed by many; but none more than the Syrian and the Iraqi people he defended with the same passion he has defended all the oppressed people in the region. If freedom and human rights had a son, he would be Fouad Ajami. This is how great a man he was.

May you rest in peace Fouad. Be assured, you will never be forgotten, and your words will echo in our hearts forever.

My sincere condolences to the Ajami family.

Obama Memoirs Title Should be “Life is a Party”
Is Obama Redistributing Power Too?
The Costs of Lost US Credibility
Opinions 949 Syrian Revolution 1351