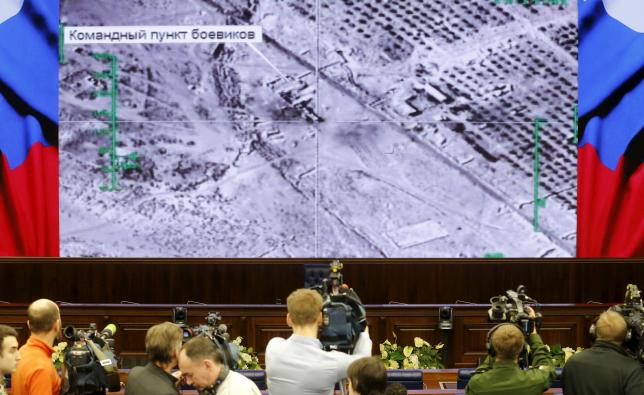 One of those enemies, a top Syrian rebel leader and head of the most powerful insurgent group in the eastern suburbs of Damascus was killed in an aerial raid that targeted the group’s headquarters, rebel sources and the Syrian army said on Friday.

The death of Zahran Alloush, 44, head of Jaysh al Islam, is a big blow to rebel control of the rural eastern suburban area of Damascus known as al Ghouta, the rebels said.

Several rebel leaders have been killed since Russia began an aerial campaign on Sept. 30 in support of its ally Assad, although Moscow has insisted that it is concentrating its attacks on Islamic State.

The rebel sources said that in the raid Russian planes fired at least 10 missiles at a secret headquarters of the group, which is the largest rebel faction in the area and has about 15,000 to 20,000 fighters, according to Western intelligence.

The Syrian army said Alloush was killed as the result of intelligence on the ground. Free Syrian Army defectors are spying for Assad. Some of the rebels blamed Russian sophisticated spying planes which they say rarely leave their skies.

A rebel source said the group had chosen one of their top military commanders, Abu Hammam al Buwaidani, as their new head.

“Alloush’s martyrdom should be a turning point in the history of the revolution and rebel groups should realize they are facing a war of extermination and uprooting by Putin’s regime,”

Jaysh al Islam has effectively been running the administration of the Eastern Ghouta area since 2013, when the group was formed from an amalgamation of scores of rebel brigades.

The rebels said Alloush was killed while holding a meeting with other rebel leaders in the Marj area of al-Ghouta, which has been the target of a major Syrian assault in the last few weeks.

Jaysh al Islam was one of the main rebel groups that attended a recent Saudi-backed opposition meeting in Riyadh and will be part of a negotiating team that is expected to hold talks with Assad’s government in Geneva.

A chemical gas attack in Ghouta in August 2013 that the United States said killed 1,400 people and which the West blamed on forces loyal to Assad prompted the threat of Western military intervention in the country.