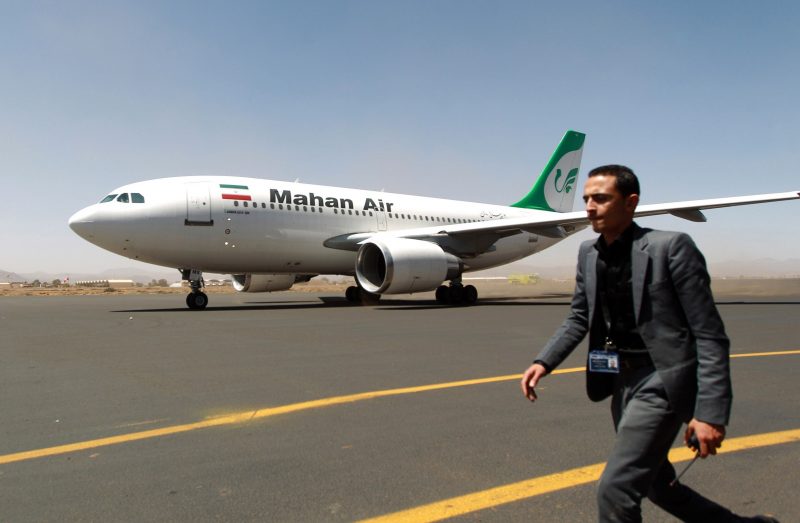 March 25, 2019 7:26 am 0
An Informed Vote on the Iran Deal
The Threat Trump Must Tweet To Protect Hormuz
It’s a Shiite Against Sunni, Farsi Against Arab War, Stupid

France has banned flights in and out of the country by Iran’s Mahan Air, accusing it of transporting military equipment and personnel to Syria and other Middle East war zones, diplomats said on Monday, after heavy U.S. pressure on Paris to act. In effect, France shuts Iranian terror transport system gaining access to French territories.

The French government decided to revoke Mahan’s license after Germany banned the airline in January.

Paris had considered revoking its license more than two years ago under the presidency of Francois Hollande; but had backed down because it feared it could harm relations post the Iran Deal.

The United States imposed sanctions on Mahan Air in 2011. At the time, the U.S. Government said Mahan Air provided financial and other support to Iran’s Islamic Revolutionary Guards (IRGC). Ever since, Washington has been pressing its European allies to follow suit.

We knew of their activities from our own intelligence services and after the German move it was a question of credibility.

The French ban on the airline, which had four flights a week, takes effect starting April 1. The airline’s website is no longer taking reservations. No one is answering any calls to its offices in Paris.

Tensions between Paris and Tehran have grown in recent months as President Emmanuel Macron has become increasingly frustrated with Iran’s ballistic missile tests, regional activities, and a foiled attack on an Iranian exile group in France, which Paris says Iranian intelligence was behind.

Both countries only reappointed ambassadors to each other’s capitals last month after more than six months without envoys.

Mahan Air, established in 1992 as Iran’s first private airline, has the country’s largest fleet of aircraft. It operates flights to a number of European countries, including France, Italy, Spain and Greece.

European countries have been under sustained U.S. pressure to reimpose sanctions on Iran since President Donald Trump last year pulled Washington out of an international nuclear non-proliferation treaty reached with Tehran under his predecessor Barack Obama.

Along with Iran, the other signatories to the deal – Germany, France, Britain, Russia and China – are still trying to keep it alive and set up in January a mechanism to allow trade with Tehran and circumvent U.S. sanctions.