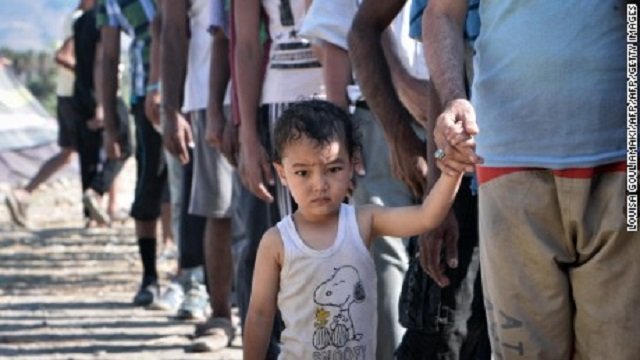 Forced Migration and Ethic Cleansing in the Levant

As the Mullahs in Iran expand their terror footprint, part of their strategy is a massive forced migration and ethnic cleansing undertaking that has not been highlighted enough in the Western media. This sudden forced migratory change will have an impact on the socio-economic facets of a region in dire need for stability.

In the north of Syria, the Kurds are protecting themselves from the onslaught of ISIS and not-so-friendly Erdogan Government by drawing red lines in the sand around regions of highly concentrated Kurd populations. This is causing either willing or forced migration of Arabs who are caught between the evil of ISIS or the Kurds defensive postures.

In Western Syria, towns like Qusayr that once were populated by Syrians of mixed religious beliefs today have become home to Lebanese Shiites Hezbollah of Lebanon has been forcing upon Syrians. This cross-country forced migration is inevitably erasing all borders. The fact these are Syrian lands seem to matter little for an Arab Lebanese terrorist organization whose loyalty lies in Farsi Tehran. For Hezbollah, Syria is Iran.

In Homs and Hama, the Assad regime has embarked, over the last two years, on a deliberate policy of starving the Sunnis in order to ethnically cleanse this strategic region juxtaposed to the Alawite cities on the Mediterranean coast and the Lebanese town of Baalbek home to Hezbollah’s terror. Most of these Sunni residents today live in squalor condition in refugee camps in neighboring countries.

Iran is changing the Levant for maximum control and hegemony. Already, the Hezbollah terror template in Lebanon is being duplicated in Syria by forming Hezbollah of Syria to impose Iranian will upon Syrians. To succeed, it would require for Iran to force the migration of millions of Sunnis to other Sunni countries and replace them slowly with Arab and non-Arab Shiites Iran may be importing already from Afghanistan, Pakistan, and Azerbaijan.

If the Mullahs of Iran are not defeated within a short period of time, rolling back their devious ethnic cleansing in Syria will be next to impossible as newly arrived migratory anchors begin to defend their lands once there is a generational turnover. Their anchor children will defend their holdings with blood and tears.

Other massive migration we have witnessed were the Christians of Iraq leaving the whole region in droves as are the Christians of Syria doing today. Their fear from the terror of ISIS and instability in general has led to this forced migration and ethnic cleaning the proportions of which the Arab world has rarely witnessed.

Forced migration and ethnic cleansing mostly the work of the Mullahs in Iran will change the face of the region forever. If the Mullahs of Iran not confronted by the next administration, America will have to deal with its consequences when its strategic interests are endangered.

It is all about Iran and its terror. The one our own president seems to encourage and empower.

Forced Migration and Ethic Cleansing in the Levant

Seven years on, the West should stop feigning heartbreak over Syria
Why We Lost Syria
Why the Alawites of Syria Will Cease to Exist
Syria 450