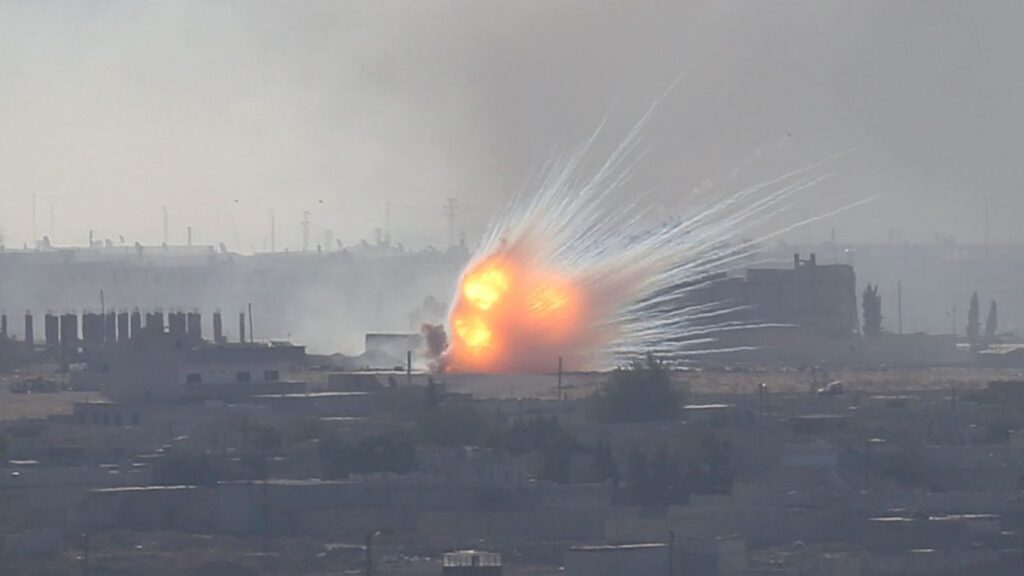 Syria’s state news agency says government forces have entered the northern town of Tabqa, as they move north against Turkish forces in the country. For Putin to gain more clout, he needs for the Syrian and Turkish armies to clash in northeastern Syria.

Tabqa was previously a stronghold of the Islamic State group, and is on the road to the city of Raqqa, which was IS’ de facto capital, until it lost both in 2017.

The move toward Tabqa came a day after the Syrian government agreed to help the Kurds fend off Turkey’s incursion. This represents a major shift in alliances as U.S. troops withdraw from the northern border area. The Kurds announced on Sunday they were pursuing a new pact instead with Washington’s foes, Assad and his Russian backers.

The abrupt U.S. withdrawal from the eight-year Syrian war is a major victory for Assad; as well as his allies Russia and Iran.

The U.S. announced on Sunday it would swiftly withdraw its remaining 1,000 troops from northeast Syria. President Trump ordered the withdrawal just four days after Turkey launched its cross-border offensive.

Turkish President Recep Tayyip Erdogan has signaled that Turkish troops and their Syrian opposition allies are ready to launch an assault on the Syrian-Kurdish held city of Manbij. Turkey has not yet responded to the threat of Syrian troops moving into Raqqa.

Erdogan told reporters on Monday: “We are about to implement our decision on Manbij.”

He added that Turkey’s aim would be to return the city to Arab populations whom he said where its rightful owners.

Earlier, Turkish television reports said Turkey’s forces were preparing for an operation on Manbij. The Turkish army was positioned at the city’s edge.

European Union leaders are looking to broaden an arms embargo against NATO ally Turkey. Their aim is to protest Turkish offensive against the Kurdish forces in neighboring Syria.

Blok was speaking at the EU foreign ministers meeting in Luxembourg.

Germany, France and the Netherlands have already suspended arms sales to Turkey.

French Foreign Minister Jean-Yves Le Drian concurred by saying he wanted “a strong position on the export of arms to Turkey.”

But Le Drian also called on the United States “above all” to call for a meeting of the international coalition against the Islamic State group. The EU is alarmed that the chaos caused by the Turkish offensive was reviving the threat of IS.