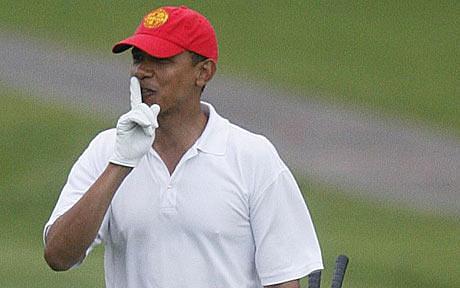 For Obama to act

July 20, 2014 3:26 pm 0
The Uncontrollable State of Barack Obama
If you voted for Barack Obama
Dumber than Dumb

The 64k question on everybody’s mind inside the beltway, considering all the neglected fires burning overseas, is, what would it take for Obama to act to stem the flow of terror?

Compiling the data to answer this question is not easy, but here is what I believe must happen before this US President commits US power to ease the tensions in the region.

We think if Israel commits to giving-up the West Bank, Obama would act. It is apparent that our President is only looking to score easy wins on foreign policy (I.e. killing the porn-watching, retired Osama). However, he may be finally realizing that tackling Israel is a lost cause no matter how passive his actions are to the threats terrorists like Assad and Khamenei pose against US allies.

President Obama should not hold his breath waiting for PM Netanyahu to succumb to his demands because such a commitment on the part of Israel without the super guarantees that come with a peace agreement is like signing one?s own death warrant. The absolute majority of Israelis back PM Netanyahu fully in his abstinence and obstinacy, which is driving Obama mad with anger after fooling 78% of the American-Jewish voters in 2008.

Who could blame Netanyahu? Would Sharon Tate invite Charles Manson to her home?

We also think that if King Abdullah of Saudi Arabia visits the White House and bows to President Obama in a photo-op, our President would act in the region to stem the flow of terror of both Iran and the Jihadists. The Jihadists are clearly concentrating for now on the Iranian satellites of terror in Assad, al-Maliki, and Nasrallah via containment of other extremist and Kurdish rivals.

The pictures of President Obama, which went viral, bowing down to King Abdullah, injured his ego deeply. He wants his day in the public opinion court. By distancing himself from Saudi Arabia, he is sending King Abdullah a clear message he is waiting for the Monarch to come to him bowing.

As far as Obama is concerned, a bow from King Abdullah is worth more than the founding of an Islamic Caliphate, a nuclear Iran, and Assad gassing women and children combined. When bows are disrespected, it is really a jungle out there.

Beyond Israel and Saudi Arabia, Mr. Obama, in my opinion, would interfere in the region if Mr. Putin refrains from showing his shirtless bust hunting, horseback riding, fishing, and posing as a big white bear. I really believe these images are intimidating to our President who would rather be sitting among the women of “The View” or taking selfies with blonde European Prime Ministers.

If you watched Obama?s delivery on the tragedy of MH17, you would know what I am talking about. Thank God, our UN Ambassador Samantha Power does not have that complex.

Finally, We think Mr. Obama would consider acting if he can prove that he really learned about the Gaza invasion from meetings he held or phone calls he made. Since he is, always, either fund raising or playing Golf or in-between both traveling, our President is eager to let the American people know he actually learns about tragedies he causes from intelligence briefings he actually attends, and not only from watching the news.

Our President is going through a phase of ideological stupor. Other than the above conditions prevailing, We really do not see President Obama acting to slow down the terror in the Middle East.

For Obama to act