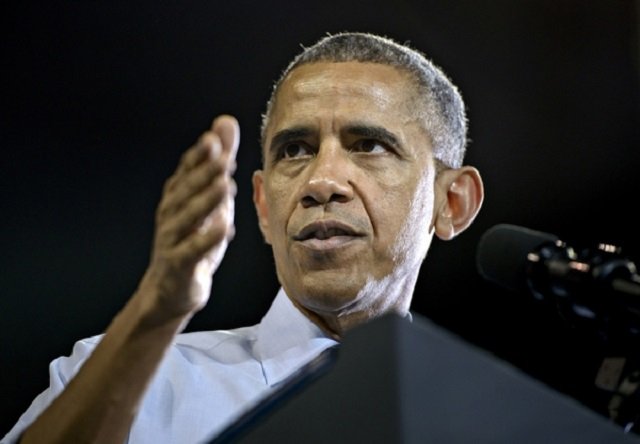 Five Years of Horror in Syria

Source: The Weekly Standard – by Lee Smith (Five Years of Horror in Syria)

Last week marked the fifth anniversary of what started as a peaceful uprising in Syria. A bunch of teenagers scrawled on a wall in their hometown of Deraa the slogan of the Arab spring: “The people,” they wrote, “want to topple the regime.”

Syrian security forces caught the boys and tortured them. When news of the regime’s crime spread, thousands around the country filled the streets of their cities, towns, and villages to make their voices heard. Their protests were peaceful, but the response of Bashar al-Assad’s troops was not. They slaughtered unarmed demonstrators and tortured others in jail. Eventually, the people picked up arms to defend themselves.

Those whom President Obama later deprecated as “former doctors, farmers, pharmacists, and so forth” with no chance against “a well-armed state backed by Russia, backed by Iran, a battle-hardened Hezbollah,” nonetheless fought back. The leader of the free world disdained to help them because he had his eyes on a nuclear deal with Iran, and the clerical regime in Tehran was helping its Syrian ally Assad to crush the opposition like insects. If he helped the farmers and pharmacists to defend themselves and their families, Obama reasoned, it would damage his chances of doing a deal with the cruel regime that was Assad’s partner in slaughter.

Because the White House saw no strategic logic to arming the opposition, or setting up a no-fly zone or a buffer zone to protect them, malign forces filled the vacuum. First there was the Islamic State and later Russia, and the death toll mounted. Five years and hundreds of thousands of deaths into what has become the most devastating conflict of the 21st century, the war shows no sign of ending.

Five years later, it’s still difficult to see the magnitude of it clearly. And some of the key figures are either confused or obfuscating.

Last week, Vladimir Putin announced his intention to draw down Russian forces in Syria. Nonetheless, the U.S. military says it has not seen a significant reduction in Russia’s “combat power.” A few Russian airplanes left, a few more helicopters arrived. In other words, nothing has really changed on the ground.

In Washington, Israeli defense minister Moshe Ya’alon warned that a Syria dominated by Iran was unacceptable. He proposed a federalized country with sectarian cantons, including an “Alawistan” for the minority Alawis who control the regime in Damascus. Surely Ya’alon is aware that the formation of such a canton is already under way, and its main purpose is to ensure what most concerns Ya’alon—Iranian hegemony in Syria.

Perhaps the most significant development last week was the State Department’s decision to label the Islamic State’s actions a genocide against Middle East minorities. Nowhere in John Kerry’s statement listing ISIS’s gruesome crimes against Christians, Yazidis, Shiites, and others is there any mention of Bashar al-Assad. The Syrian despot and his allied forces, including Iran, Hezbollah, assorted Shiite militias from around the region, and Russia, are responsible for the vast majority of deaths in the conflict, most of them targeting the country’s Sunni Arab population. To obscure the Syrian butcher’s bloody role is to participate in a cover-up of war crimes on a massive scale.

It is not difficult to see why the Obama administration chooses to divert attention away from Assad’s gory campaign—the president wanted a nuclear deal with Iran, and to get it he had to play nice with the clerical regime, which includes, as Obama explained, respecting Iran’s “equities” in Syria.

Five years on and the Syria conflict has become a three-headed monster—a genocide, an increasingly large multi-power war involving states and nonstate actors, and a refugee crisis. The world has seen nothing like it since the breakup of the former Yugoslavia. What makes the Syria conflict even more dire, even more consequential is that it affects two major regions of the world, the Middle East and Europe. Indeed, according to some European officials, the Syrian refugee crisis is an existential threat to the EU.

The Syrian war is no longer a conflict that touches only Middle Eastern states, sects, and tribes. It is a global crisis—one attracting powers to the region, like Russia, even as it exports instability outside the Middle East. The chaos is the result of the Obama administration’s Middle East strategy. Had the president merely sought to minimize America’s footprint in the region, there are many options he could have pursued that would have been less toxic than realigning U.S. interests with those of Iran. Obama says he sought a new geopolitical equilibrium to balance the region. But what he did was tip the scales on behalf of a revolutionary regime that wages war against traditional American allies and spreads bloody chaos.

Where the White House has not actively partnered with the regime in Tehran and its allies, it has chosen to excuse Iranian actions. Ballistic missile tests? No big deal. The kidnapping of 10 American sailors? They were treated really well and released the next day. Laying waste to two of Saudi Arabia’s diplomatic missions in Iran? Riyadh was asking for trouble. A genocide in Syria perpetrated by Iran’s ally Assad with a huge assist from Iranian forces? That’s the price you have to pay for a historic nuclear agreement.

Obama says he has as much to lose as anyone if the Iran deal goes wrong. It’s got his name on it, he says. So does the war in Syria.

Five Years of Horror in Syria