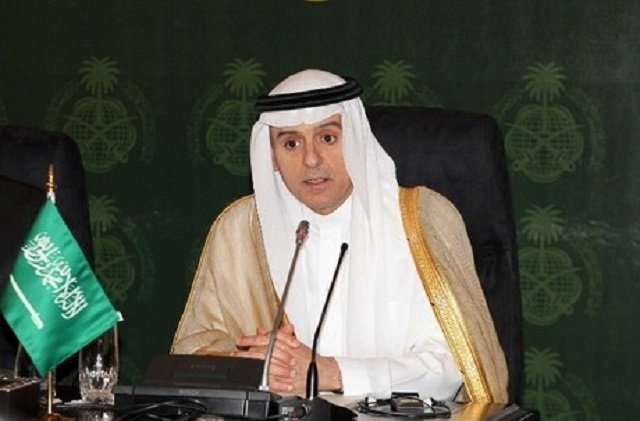 Foreign Minister Adel al-Jubeir announced Sunday that Saudi Arabia was severing diplomatic ties with Iran after demonstrators stormed its Tehran embassy to protest against Riyadh’s execution of a Shiite cleric. Executing Nimr a-Nimr and closing the Saudi Embassy in Tehran after it was attacked by a mob are the first shots fired in the Islamic world war coming.

The Ferdinand moment for the Muslim world may be upon us.

Jubeir also said that all Iranian diplomats must leave Saudi Arabia within 48 hours.

Saudi Arabia “is breaking off diplomatic ties with Iran and requests that all members of the Iranian diplomatic mission leave… within 48 hours,” he told a news conference.

On Saturday, a mob attacked the Saudi embassy in Tehran and a consulate in second city Mashhad amid protests at the execution in Saudi Arabia of Sheikh Nimr al-Nimr.

The 56-year-old, a force behind 2011 anti-government protests in eastern Saudi Arabia, was among 47 convicted men put to death on Saturday in the kingdom.

The others were Shiite activists and Sunnis who the Saudi interior ministry said were involved in al-Qaida attacks, with some beheaded and others shot by firing squad.

But the Islamic republic’s supreme leader Ayatollah Ali Khamenei condemned Nimr’s execution, saying “God will not forgive” Saudi Arabia for putting him to death. Iran was grooming Nimr to become another Hassan Nasrallah in Saudi Arabia wrecking havoc upon the country. Nimr spent 10 years in Iran training for the job.

Jubeir responded on Sunday by saying: “Iran’s history is full of negative interference and hostility in Arab issues, and it is always accompanied by destruction.”

Relations between Sunni-ruled Saudi Arabia and Shiite-ruled Iran have been strained for decades, with Riyadh frequently accusing Tehran of interfering in Arab affairs.

Both countries are also divided over a raft of issues, namely the nearly five-year war in Syria, where Iran is allied with the regime of embattled President Bashar Assad, and Yemen where a Saudi-led coalition is battling Iran-backed rebels.

Islamic State Facilitators and Legitimizers
Syria is the Superbowl of Islamic Fanatics
Dare You Wonder About Islamic Terror?
Iranian Terror 566