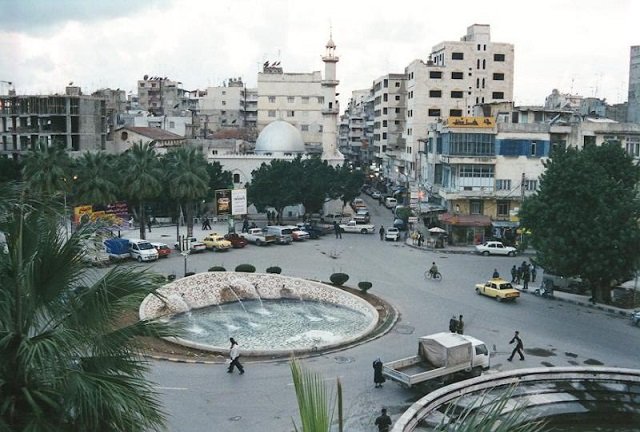 After the Syrian Uprising stripped Baschar al-Assad of his titles, and rumors began circulating that Iranian supreme bummer Ali Khamenei bought Damascus for a song, Assad moved to Assadistan. Assadistan used to be called Latakya not long ago. Falafel visits Assadistan to interview Assad. This is how it happened.

One of Assad’s front man called Falafel, the super Syrian journalist. The front man asked Falafel if he wanted to be the first reporter to interview Assad as the new president of Assadistan. Falafel did not see any down side, so in Damascus he hired an Iranian taxi to drive him to Assadistan on the Mediterranean coast.

Once in Assadistan, Falafel was ushered into a plush office in a medium-sized inconspicuous building where the new Assadistan president made it his office.

Falafel: Thank you Mr. President. When was the name changed?

Assad: I wanted to call it Alawistan but you know when the people love you so much what happens.

Falafel: Rumors are circulating you sold Damascus to the Iranians. True?

Assad: Not really, I leased it to them. They pay me from funds released by Barack Obama to Khamenei.

Falafel: What is next for Baschar al-Assad now that you’ve lost Syria?

Assad: Glad you asked. We are franchising globally our successful “Resistance Movement”. We are selling franchises in North Korea, Cuba, Venezuela, and even the United States.

Assad: Yes, we signed an agreement with Senator Rand Paul who wants to adapt our successful model of resisting the Israelis to resist AIPAC in America.

Falafel: But Mr. President, your model failed. Without a doubt, you lost almost all of Syria because of your “Resistance Movement”.

Assad: Not true. Indeed, we lost Syria because Israel gassed the 98.7% of the people who voted for me.

Falafel: What .. What do you mean?

Assad: Israel invented a gas that when people smelled it, they refused to be tortured and be subjected to extreme humiliation. We have solid intelligence on this.

Falafel: Where does your intelligence come from?

Assad: We have ways to communicate with him.

Falafel: What happens if your “Resistance Movement” fails everywhere like it failed in Syria?

Assad: Well, then I will tweak it and move on.

Falafel: Tweak it how?

Assad: To Israel I will also add Kim Kardashian.

There you have it folks, Assad continues resisting from Assadistan.