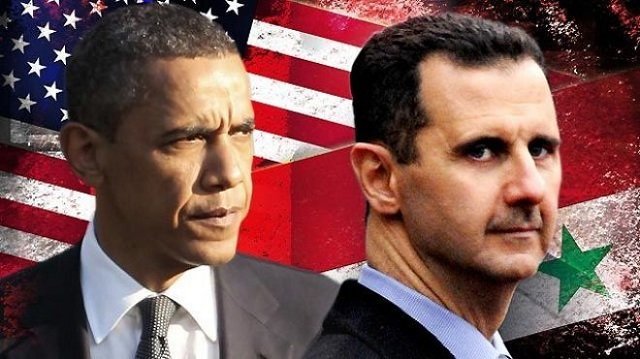 Falafel Has No Sympathy for Barack Obama

August 8, 2014 11:33 am 0
Leaving us in peace
Twitter Plus January 21
Watch The Three Musketeers of Terror Lose Their Marbles

My friend Falafel called me on Skype from Damascus to tell me that Assad visited President Obama secretly last week. Apparently, Falafel has no sympathy for Barack Obama.

Me: Ridiculous Falafel; you are starting to lose it. Are you suffering from paranoia by any chance? Obama could not possibly invite Assad secretly.

Falafel: You did not even ask me why Assad visited Washington!

Falafel is right. He has been right 100% of the times in the past and I should know better than to discount his information.

Me: All right, let us assume he did. Why did Assad visit Obama?

Falafel: My spies tell me Obama wanted to drill Assad about evil and deception. Your President believes his own maneuvers against Israel are not working, so he wants Assad to show him the way. Obama has no sympathy for Israel.

Me: Where did you get that information?

Falafel: None other than people around John Kerry. The visit was based on Kerry’s personal recommendation since he knows Assad intimately and was instrumental in saving his ass.

Falafel Has No Sympathy for Barack Obama (Part Deux)

Me: Any information on what Assad told Obama?

Falafel: He told him first he must bomb ISIS, and then they’ll talk.

Me: Obama announced yesterday he is bombing ISIS. But why since ISIS is Assad’s creation?

Falafel: Both Khamenei and Assad want America and the Sunnis to become eternal enemies so that Iran has wide access to the region backed by America’s might. Obama is going along because he is obsessed with harming Israel.

Me: Do the Saudis know Iran is plotting to cleanse all the Sunnis?

Falafel: Bandar bin Sultan knows it but no one is listening to him.

Me: Listen Falafel, Obama has been a friend of Israel. He did not veto the additional funding for the Iron Dome. Obama told Hamas he has no sympathy for it. Further, he repeatedly said that Israel has the right to defend herself. Where do you get this notion Obama is anti-Israel.

Falafel: No sweet Obama words will change the danger he created for Israel by keeping safe her most lethal enemies. All his talk of support is contrary to the facts on the ground. Obama has no sympathy for Israel and I have no sympathy for Barack Obama.

Me: Come on Falafel, if it is true, someone in the US military would stand up to denounce these tactics.

Falafel: Not really; after the fiasco with the birthers, who would want to be labeled as a paranoia right-winger? Obama knows it, and he is pushing his agenda very hard. Assad’s secret visit proves how far he is willing to go.

Me: I don’t know Falafel; this information and analysis sound dubious to me.

Falafel: What is so dubious about suddenly becoming a humanitarian to protect the Yazidis from starvation, yet Obama looked like a sous-chef with a sharp knife to the throat of every Syrian when Assad starved them to death?

Me: You have a point here.

Falafel: Any chance you can tell your friends in Congress about your President’s real agenda?

Me: No, they have their own worries to deal with. It seems Obama has spied on all of them and has managed to hold many hostage with the information he collected. None wants to stand-up to him.

Falafel: … and you call me paranoiac?

Falafel Has No Sympathy for Barack Obama