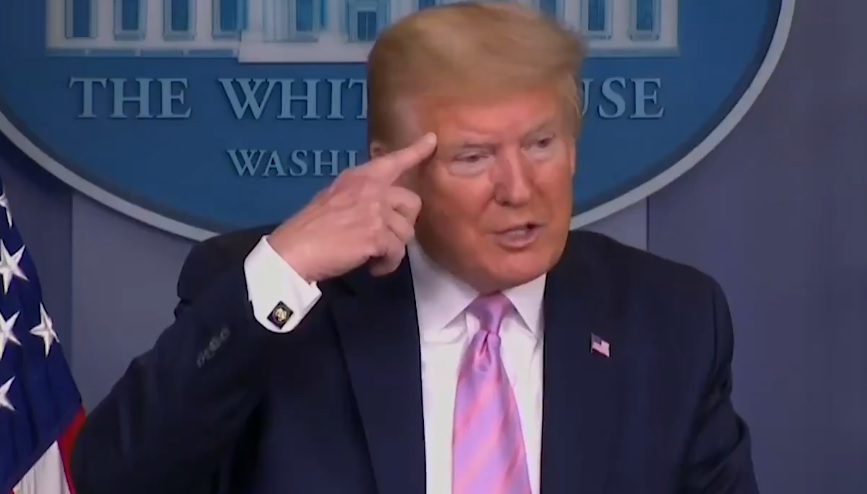 Falafel was shocked when he heard the news that John Bolton lied to the President by telling him that Finland was not part of Russia. Who would do this to the smartest U.S. President ever? John Bolton should be ashamed of himself. Falafel felt he needed to act, so he interviewed Donald Trump in the Oval Office. In brief, Falafel assures Trump that Finland is Russian.

Unlike previous times, Trump did not seek an OK from his white supremacist friends to allow Falafel into the White House.

Falafel: Thank you Mr. President. Am I safe here? Will the Charlottesville crowd show up for me with their cars revving?

Trump: Not to worry Falafel. They are busy killing some…eh, let’s say “terrorists” protesting on the streets. They don’t even know you are here.

Falafel: Thank you for protecting me Mr. President. I wanted to come in person to tell you an important fact that John Bolton lied about.

Falafel: It’s true Mr. President. Finland is part of Russia. Your first instincts were right. There was never a country named Finland, it’s a Russian region.

Trump: Of course, I knew it. When I asked Vladimir Putin about it, he joked and asked me if it’s OK to invade Finland. That bastard made fun of me. He thought I did not know Finland was part of Russia. People are so stupid!

Falafel: Also, Mr. President. When Christopher Columbus sailed into the Caribbeans, he fell in love with a gypsy who came from Venezuela. Shortly thereafter, he sets sail and eventually landed in Venezuela. So, you are right again. Venezuela is part of the United States. What makes it interesting for you Mr. President?

Trump: I want so much to invade the country. Can you imagine all these resources we could “protect” like we do in Syria? I mean who knows, if I install the right dictator, I might strike an agreement with him to have personal exclusive rights over its oil reserves. Real estate is becoming too competitive, and I think I need to diversify.

Falafel: Isn’t that too risky?

Trump: What do you mean?

Falafel: I mean it would show the reasons for invading a country were totally for your own personal and private gains.

Trump: Why is that a problem?

Falafel: John Bolton had much to say about your defunct administration. What will you do next?

Trump: I am going to sue his ass, that’s what I am going to do. In our filings, I asked the judge to lock Bolton up and muzzle him on a permanent basis. He will never be able to speak again.

Falafel: Is that even legal Mr. President?

Trump: Even if it’s not, AG Barr told me he would make sure it happened. Barr is a good man. He reminds me of my first puppy. Anything to please me.

Falafel: Honestly, Mr. President, how will you respond to all these books that have either come out or will in the future shedding a bad light on you personally? What is your most definitive answer to their threat?

Trump: I have my own book coming out too.

Falafel; Really Mr. President? When will this happen?

Trump: Soon. My ghost writer has started the draft already.

Falafel: Can you share with my audience its title?

Trump: I am torn between two titles. One is “It never happened anywhere, not even in the s****house” and the second title is “Where is my Lithium, honey?” What do you think?

After he left the White House, Falafel could not help himself but think that America is a blessed nation. Donald Trump is the smartest President ever. The United States should have a memorial for him one day, and his image should be printed on stamps and dollar bills. Furthermore, a number of highways, airports, and other federal buildings should also be named after him.

We are truly blessed to have Trump. He knew Finland was part of Russia before any other President.