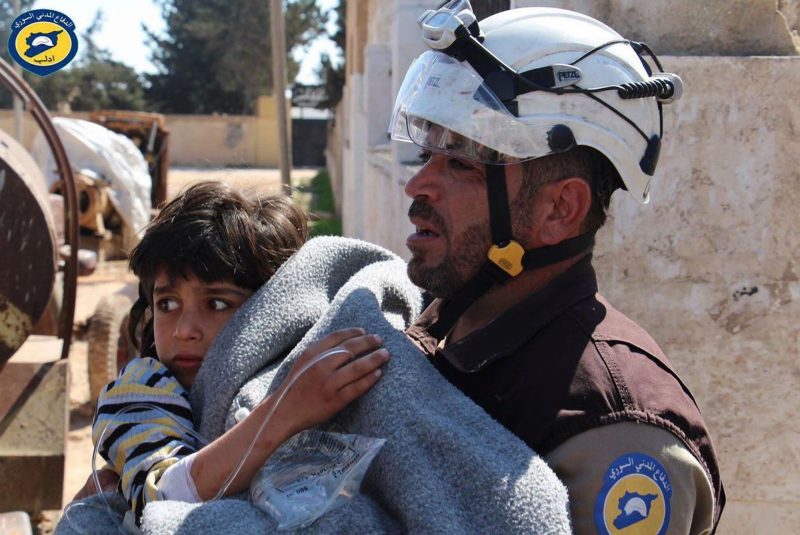 Major Western powers appeared ready for a showdown with Russia at the U.N. Security Council after demanding on Wednesday the renewal of the mandate of an international inquiry into chemical weapons attacks in Syria. In effect, Western powers were demanding that the U.N. extend Syria toxic gas inquiry.

Russian Deputy Foreign Minister Sergei Ryabkov said on Wednesday Moscow opposed a draft U.N. resolution to extend the mandate of the investigation by the United Nations and the Organization for the Prohibition of Chemical Weapons (OPCW) into chemical weapons attacks in Syria.

Ryabkov’s comments came hours after Russia rejected a report by the international inquiry blaming the Syrian government for a deadly toxic gas attack on April 4.

In a joint statement by the foreign ministers of Britain, France, Germany and the United States, to extend Syria toxic gas inquiry, the four countries said they had full confidence in the findings and called on the Syrian regime to end all use of poison gas and finally declare to the OPCW all the chemical weapons it possesses.

“We therefore urge the United Nations Security Council to maintain the investigative capacity” of the inquiry, the statement said.

“After such a report, the Security Council and all its members have a common responsibility to protect the international non-proliferation regime and to respect their previous commitments,” the joint statement said.

The Syrian government has denied using chemical weapons. The April 4 attack prompted a U.S. missile strike just days later against a Syrian air base. France has warned that any further chemicals attacks would be met with a military response.

Russia, a key backer of the Syrian government, last month cast a veto at the United Nations Security Council against renewing the investigation’s mandate.

The inquiry had previously found that Syrian government forces were responsible for three chlorine gas attacks in 2014 and 2015 and that Islamic State militants had used mustard gas.

Syria agreed to destroy its chemical weapons and comply with the OPCW in 2013 under a deal brokered by Russia and the United States, after a nerve gas attack killed hundreds of people in the Damascus suburbs. Western countries blamed that attack on the Syrian government, which denied it.

Behind the Assad Accusations is a Gas Pipeline To Free Europe
The Serengeti terror migration
Save Christians, Alawites from Clutches of Assad
Assad Genocide 429 Putin Terror 436 Syria 450 Syria News 1213 Things That Matter 382