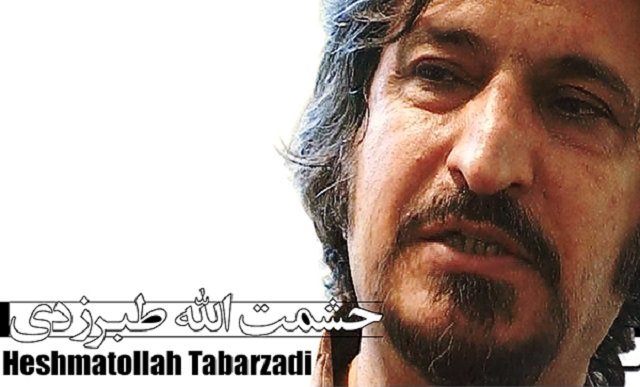 The Voice of Iranian Dissent

By Michael Ledeen – PJ Media (The Voice of Iranian Dissent)

I’ve received what follows from Iran, via Banafsheh Zand, who has written at PJ Media on several occasions.  As you will see, it’s an open letter from one of the bravest men of our time, Heshmat Tabarzadi, a fighter for the freedom of the Iranian people who has repeatedly put his life on the line in that worthy cause.  Heshmat was one of the central figures in the Iranian student movement, and then joined the Green Movement that was cheated out of its electoral victory in 2009.  Along with other Green leaders, Heshmat was subsequently arrested, convicted by a “Revolutionary Tribunal,” and locked away.

As he writes, he was recently paroled halfway through his 8-year sentence.  I rather suspect that the regime hoped he would take the opportunity to flee the country, but he won’t do that.  Like the Green leaders Mousavi, Rahnavard and Karroubi, Heshmat is one of the most respected figures in contemporary Iran, and, so far at least, the regime prefers to keep them locked away rather than killing them, probably hoping they will die in prison.

Today, January 15th, they arrested him again and he is incarcerated.  It behooves any one who really cares about human rights to keep his name in front of the civilized world, to condemn his imprisonment, and to call for his release so that he can publicly and freely promote his cause, in which the civilized world purports to believe.

Moreover, like many prisoners of conscience before him, Heshmat reminds us that no reliable partnership can be forged with a regime that treats its citizens in such an appalling way, that treats a woman as worth half a man, and that has actually increased the tempo of executions since the elections of June, 2012, that brought the so-called “moderate” Hassan Rouhani to the presidency.

Read it all.  Carefully.  His is an important voice.  Would that our leaders paid careful attention to him and his brave words and actions.

Here is the text of his letter:

The major world powers namely 5+1 are trying hard to engage the government of Iran to join the rest of the international community, by taking advantage of the recent “Flexibilities” that have been shown by the supreme leader of the Islamic Republic, Ayatollah Seyed Ali Khamenei, and as implemented by President Hassan Rouhani.

Indeed, we have arrived at a significant and historic juncture. However, without a cautious and comprehensive effort moving forward, the road ahead towards a mutually beneficial and peaceful outcome will remain uncertain and elusive. Ever since the election of President Rouhani, the number of executions in Iran has nevertheless increased substantially (nearly 400 executions since he took office). Keeping in mind that Iran already held the second highest record of executions after China (1st in the world as a percentage of the population), this represents an urgent human rights crisis.

In addition, the Iranian government has hundreds of political prisoners and prisoners of conscience, including those such as Mr. Mir Hussein Mousavi, Mrs. Zahra Rahnavard and Mr. Mehdi Karroubi, who have been under house arrest since 2010, without any legal or court proceedings. The majority of Iranian political prisoners are sentenced solely due to the exercise of their rights to express their opinion or for peaceful assembly.

The legitimacy of any ruling power is measured by its practice of observing and respecting the rights of its own people. In what follows, I briefly give an account of my personal experience living in Iran, which is not an isolated case. Hundreds of fellow Iranian political activists are experiencing a similar situation. Indeed, the lack of basic human rights and freedom in Iran reflects poorly on the prospect for the effective and peaceful resolution of the issues of the Iranian government with the international community. One cannot be addressed in the absence of the other.

My name is Heshmat Tabarzadi. I am an Iranian secular democrat human rights activist. I have been arrested several times on charges related to my activities, most recently after the green movement and the disputed election results of 2009. In October 2010, I was sentenced to eight years in prison, convicted of five charges of “insulting the Leader,” “insulting the President,” “propaganda against the system,” “gathering and colluding with intent to harm the state security,” and “disturbing public order.” I had already spent seven years of my life in prison, nearly three years of it in solitary confinement for my activities as a student leader. Additionally I have spent another 4 years of my latest verdict and still have four more years remaining. I have spent part of every year of my life in prison since 1999 and while imprisoned I have been tortured on several different occasions. Meanwhile my different publications have been shut down, I have been denied the right to peaceful participation in two secular democratic and human rights organizations, and I have been prohibited from any social activities for 10 years.

I was recently released on a temporary leave with the condition of remaining silent, and until very recently I maintained my silence. However, the situation of the people and my country is such that I could no longer keep quiet and therefore I broke my silence and called for a united campaign demanding “No to executions and freedom of all political prisoners.” Shortly after, I received a phone call from the prosecutor’s office, demanding that I report back to the prison. Similar to my court proceedings and sentencing, this summoning was done outside of the legal frames, with the intent of silencing me, but I have chosen not to report to prison and instead am engaging in civil disobedience. My rights as stated in the international articles of the human rights (as well as the constitution of the Islamic Republic) have repeatedly been violated since 1999. If anyone should stand trial, it should be those who are in violation of denying not only my rights but the rights of many other political prisoners who have been denied their most basic legal, civil and human rights.

The United Nations General Assembly recently approved Iranian President Rouhani’s proposal known as “A World without violence and extremism.” The Iranian leadership should begin by abiding by the terms of its own resolution, namely, “that a primary responsibility of each State is to ensure a peaceful and violence-free life for its people, while fully respecting their human rights without distinction of any kind, …..and …..respect for and protection of all human rights and fundamental freedoms of all persons as well as tolerance, the recognition and appreciation of others and the ability to live together with and to listen to others, form a sound foundation of any society and of peace.”

The United States and European Union may hope for a politically softer regime in Tehran as it happened in China despite its human rights record, but in a country such as Iran where the first declaration of human rights was created 2552 years ago, where only in the past 107 years two major freedom seeking revolutions have taken place, where today the most basic social freedoms such as how to dress and behave, are strictly limited and where a woman is considered half of a man, this is only wishful thinking.

Iranian people, although short lived, have experienced secular democracy on different occasions and they will not tolerate for too long the religious, social and political limitations forced upon them, even if the major powers chose to turn a blind eye on their civil and human rights. The question is, on which side of the history the United States, President Obama and the major world powers will stand this time?

The 2009 Nobel Peace Prize was awarded to U.S. President Barack Obama for his “extraordinary efforts” to strengthen international diplomacy and cooperation between peoples. This did not mean only peace with the governments but also meant consideration for the peace and human rights of “The People.” Until the international community do not hold the government of Iran accountable for its actions against its own citizens, any agreements at the government levels while closing eyes to the fate of the Iranian nation and their legal , civil and human rights will neither be lasting nor complied with, because a government which violates the legal rights of its own people under its own and international laws will not have any hesitation in violating any other accords and agreements. North Korea is a recent example of that.

I therefore call for the leaders of the 5+1, the international community, organizations, activists and other government leaders to demand of the Iranian authorities to stop these senseless executions and to free all political prisoners. Mr. Nelson Mandela was recently honored by the international community as well as the Iranian government. However, Mr. Mandela’s struggles as a political activist and prisoner, only after being amplified by the pressures from the International community, resulted in his freedom and abolition of apartheid in South Africa. Today 50% of the Iranian population, the women, are facing gender apartheid; not to mention the violation of the basic rights of minorities, ethnicities and many others.

Today I am free with my family while you can make a difference, but tomorrow may be too late.

The Voice of Iranian Dissent

Military Intelligence foresees threats to Israel in 2015
If You Believe This White House Claim, We Have a Bridge to Sell You
The Startlingly Simple Reason Obama Ignores Syria
Support U.S. Allies 152 Western Appeasement 483