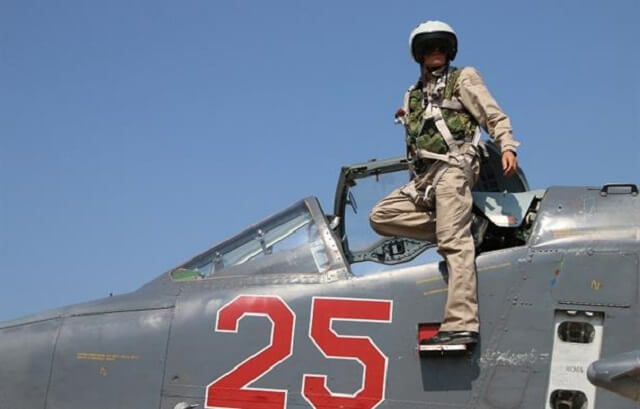 October 30, 2015 11:45 pm 0
Fanatics never forget, or forgive, they just fight
Don’t hold your breath
Has the US selected an Assad secret alternative?

Al-Rai said that seven militants from the Lebanese group were killed in the friendly fire incident.

A Russian airstrike has mistakenly killed a number of Hezbollah members in Syria, according to a Kuwaiti daily with close access to Moscow’s aerial campaign in the war-torn country.

“Members of Hezbollah stationed at a combat position in Syria were surprised by the low flight of Russian planes above their position,” the source told the newspaper’s chief international correspondent, Elijah J. Magnier.

“This was followed by concentrated bombing that caused at least seven deaths,” the source added, without detailing where incident took place.

Al-Rai’s Magnier has written a number of articles in recent weeks on Russia’s bombardment campaign in Syria, claiming access to sources in both the Baghdad and Damascus operation rooms for the “4+1” military coalition of Russia, Iran, Iraq, Syria and Hezbollah.

On October 27, the journalist wrote a detailed report based on sources in Latakia’s Hmeimim Airbase detailing the technical aspects of Moscow’s air sorties, saying that experts were analyzing the raids to determine their effectiveness and precision as well as the skills of pilots.

Alaraby Aljadeed on October 15 cited an opposition media activist as saying that Russian warplanes had “accidentally bombed a number of regime positions.”

Ahmad al-Daheek told the London-based daily that the mistakenly bombed sites include the “Aatoun checkpoint, the Mulouk base, the Military College in Al-Waer, a gathering of [militiamen] near the Al-Kamm junction and the area around the Division 26 [base] to the south of Teir Maalah, as well as a regime column near the [town’s] grain silos.”

The media activist claimed that the strikes caused regime fatalities, but added that the precise figure remains unknown “as all of the areas are military [zones] under [regime] control.”

Pro-rebel Al-Souria Net went into details on the purported Russian airstrikes on Syrian regime positions, reporting that the bombing of the Mulouk checkpoint “caused the death of two colonels and six privates.”

However, the pro-regime Central Region News Network-Homs outlet denied these reports, likening their claims to the sound made by crows.

“Rumors being disseminated by the local croaking committees that Russian planes have targeted our army’s positions are completely untrue,” read a post on the pro-regime Facebook page.

Hezbollah’s Estimated Value May Be $1.75 Trillion
Hezbollah Audacity Knows No Bounds
While we were dreaming of ISIS
Putin Terror 433

Loading...
Newer Post
Praise the Saudis For Standing Their Ground
Older Post
Not One Western Bullet Fired Against Shiite Terror, Plenty of Missiles Against Sunni Terror