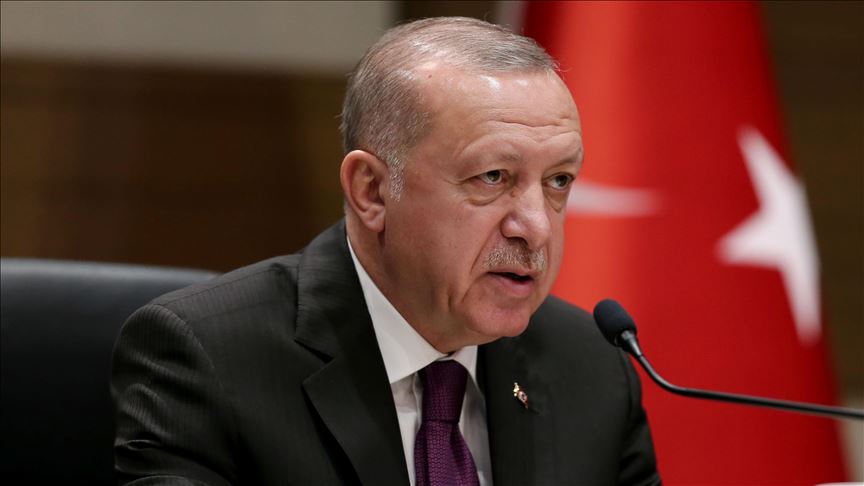 Erdogan Asked Putin to Step Aside in Syria

February 29, 2020 7:33 am 0
Russia is Sending Two Warships to Syria. NATO to Meet
US is Alarmed over Assad Idlib Offensive
At least 10 students killed in Syrian jet fighter attack

On Saturday, and in the aftermath of Assad air force, with help from Russia, killing 36 Turkish soldiers, Turkish President Tayyip Erdogan asked Putin to step aside in Syria and leave Turkey to deal with Syrian government forces alone.

Government forces, backed by Russian air power, have waged a major assault to capture the northwest province of Idlib.

Syrian and Russian warplanes on Saturday kept up air strikes on the Idlib city of Saraqeb. The strategic city sits on a key international roadway and has been a flashpoint of fighting in recent days.

The diplomacy both Ankara and Moscow sponsored to ease tensions in tatters, Turkey has come closer than ever to confrontation with Russia on the battlefield.

Late on Friday, Turkish strikes using drones and smart missiles hit Hezbollah headquarters near Saraqeb. The strikes killed nine Hezbollah terrorists and wounded 30 in one of the bloodiest attacks on the Iran-backed group in Syria ever according to a commander in the regional alliance backing Damascus.

Turkish strikes, in the last 24 hours, have killed 48 pro-Damascus troops in all.

Speaking in Istanbul, Erdogan said he had told Putin in a phone call to stand aside and let Turkey “to do what is necessary” with the Syrian government alone.

He said Turkey does not intend to leave Syria right now.

As tensions rose, Russia and Turkey have held three rounds of talks. The first two of which did not yield a ceasefire.

Russia’s Foreign Ministry said on Saturday that the two sides agreed in this week’s talks to reduce tensions on the ground in Idlib while continuing military action there.

After the death of its soldiers in a Syrian government air strike on Thursday, Turkey said it would allow migrants it hosts to freely pass to Europe.

Erdogan said in Istanbul on Saturday that 18,000 migrants has crossed the border. He added that the number could rise to 25,000-30,000 on Saturday.

Greek police fired teargas toward migrants gathering on its border with Turkey and demanding entry on Saturday.

We will not close these doors in the coming period and this will continue. Why? The European Union needs to keep its promises. We don’t have to take care of this many refugees, to feed them.

He complained the funds transferred to Turkey from the European Union to support refugees were arriving too slowly. Erdogan had asked German Chancellor Angela Merkel to send the funds directly to the Turkish government.

Turkey’s borders to Europe were closed to migrants under an accord between Turkey and the European Union. The accord halted the 2015-16 migration crisis when more than a million people crossed into Europe by foot.

Erdogan Asked Putin to Step Aside in Syria