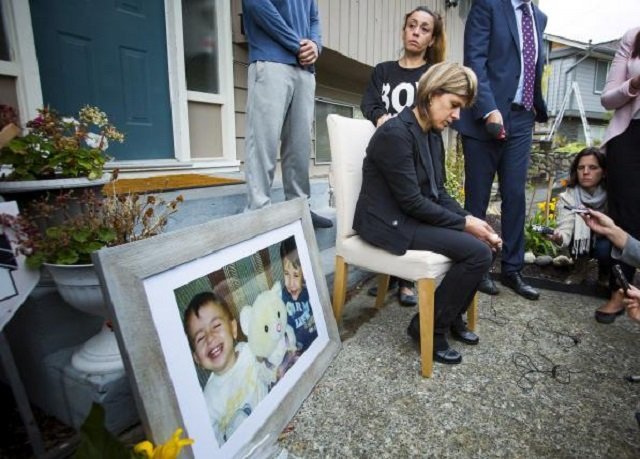 Drowned Syrian toddlers’ family did not apply for Canada entry

September 3, 2015 5:20 pm 0
Dear Canada, You Just Gave Birth to Your Own Steve Jobs
Thank You Canada
‘How to sponsor a Syrian?’ is Canada’s top Google query on refugees

The family of two drowned Syrian toddlers who tried to reach Greece had not yet applied to enter Canada, the extended family said on Thursday, despite earlier reports that their refugee application had been rejected.

A photograph of Aylan Kurdi’s tiny body in a bright red T-shirt and dark shorts, face-down in the surf, appeared in newspapers around the world, prompting sympathy and outrage at the perceived inaction of developed nations in helping refugees.

Aylan’s 5-year-old brother, Galip, and mother, Rehan, 35, were among 12 drowned Syrians, including other children, who died after two boats capsized while trying to reach the Greek island of Kos.

The aunt of the drowned Syrian toddlers, Tima Kurdi, told reporters in Vancouver, breaking down in tears.

The children’s father, Abdullah, survived and collapsed in tears after emerging from a morgue in the city of Mugla near Bodrum, where he identified their bodies on Wednesday.

Abdullah’s sister, Tima Kurdi, a resident of Vancouver, said she had tried to sponsor another brother to come to Canada, but the application had been rejected. She had hoped to sponsor Aylan and his family next.

Tima Kurdi said she had spoken to her bereaved brother on the phone, and that he wanted now to return to Syria to bury his drowned Syrian wife and sons.

“When the two boys died in his hands, in his arms, he tried to save them. When the boat flipped upside down and the waves keep pushing him down, those two boys, they were in his arms. He said he tried all his power to (hold) them up.”

Drowned Syrian toddlers’ family did not apply for Canada entry

Dear Canada, You Just Gave Birth to Your Own Steve Jobs
Thank You Canada
‘How to sponsor a Syrian?’ is Canada’s top Google query on refugees
Syria News 1213 Syrian Refugees 67 Syrian Revolution 1335