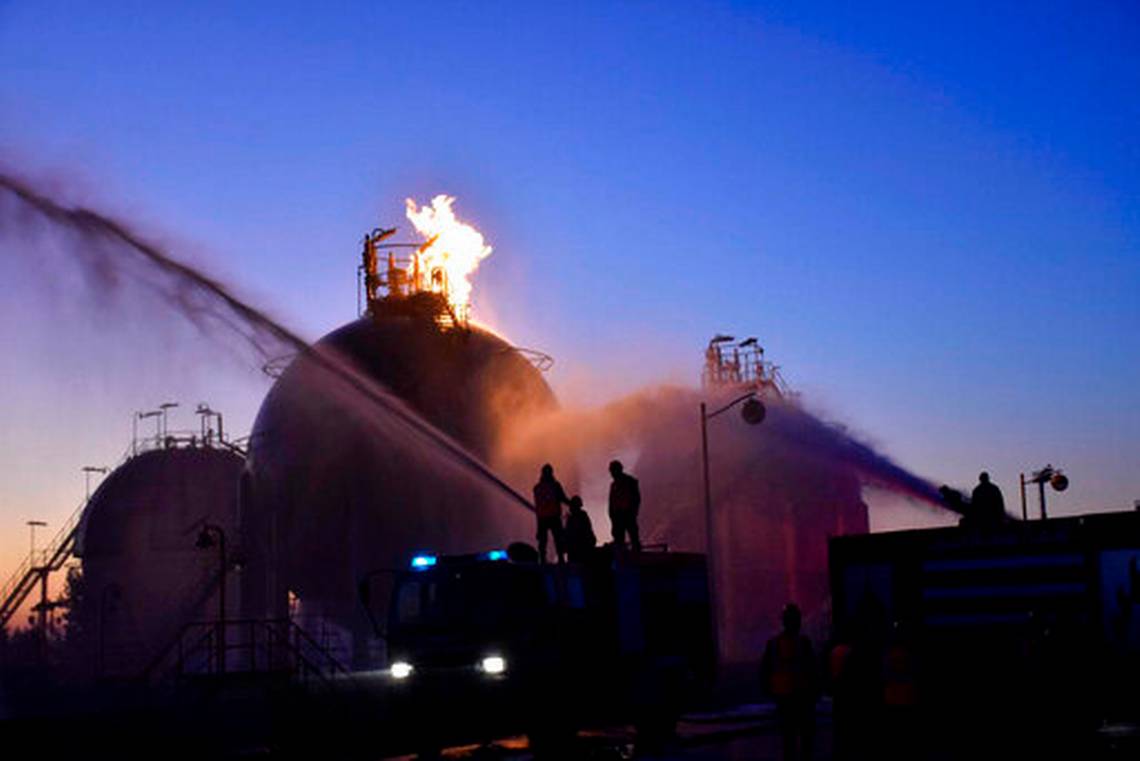 No one claimed responsibility for the attacks, which targeted the Homs oil refinery. The country is home to two refineries. The attacks also targeted two natural gas facilities in different parts of Homs province.

Syria has suffered fuel shortages since earlier this year amid Western sanctions blocking imports. The Kurds control most of the country’s oil fields in the country’s east.

State TV said it believes drones of unknown origin attacked the facilities. They happened at the same time. It said the fire is under control. The report said the drones hit the Rayan gas facility and a third installation, also in Homs province.

Syria’s Oil Ministry said the attacks damaged some “production units” in the facilities.

The city of Homs and its suburbs have been fully under Syrian government control since 2017. However, some parts of the province near the border with Jordan remain in rebel hands.

Before the Syrian conflict erupted in 2011, the country exported around half of the 350,000 barrels of oil it produced per day. Now its production is down to around 24,000 barrels a day, covering only a fraction of domestic needs.