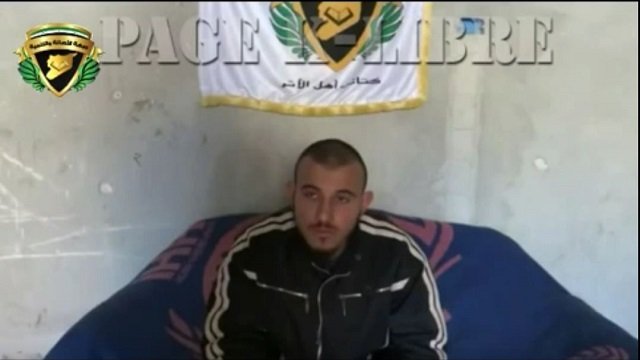 Dissident: Internal fighting in the ranks of ISIS

November 9, 2015 10:58 am 0
When We Defeat ISIS, Others Will Replace It
To fix foreign policy mistakes, President Obama must first admit them
Russia Ignores ISIS in Aleppo, Concentrates on Moderate Rebels

A video recording has revealed Confessions of a dissident from ISIS organization and said that there are differences within the organization that has reached internal fighting and the liquidation of opponents.

The confessions showed the dissident from the organization, “Tunisian Abu al-Walid ” saying that there are many cases of drug addicts, especially from Athrieen (Ethnic group) and Tunisians loyal to ISIS, according to media belonging to Syrian activists.

Syria Mubasher network explained in a recording of 10 minutes duration, broadcasted by one of the factions of the Syrian opposition known as the “Media Office of al-Asala and al-Tanmiya Front,”, said that “the first part of the confessions will be published later.”

According to recording, Tunisian Abu al-Walid was working in a medical center within a hospital for treatment of mental illness and addiction belonging to ISIS in al-Raqqa.

Abu al-Walid’s confessions talked about “killing immigrants who comment on the mistakes that they see”, pointing out that anyone asking about the reasons for killing them exposes himself to prison immediately.

Abu Walid, who justified his Dissent due to a lot of injustice in ISIS and speed in be not united for any reason, and the spread of anger among members of the organization by Tunisians and Libyans because of “executions on charges of inciting against the State“.

The organization has witnessed differences between who follow the “first legitimate in ISIS, the Bahrain, Turki al- Binali” and the Saudi ,Ahmed al-Hazmi.

Dispute between them developed to debates about ISIS leader, Abu Bakr al-Baghdadi, ended by “killing anyone who thinks that there are mistakes in al- Baghdadi’s rule” by the followers of the legitimate, Ahmed al-Hazmi.

This recognition comes as confirmation of previous reports that ISIS organization is witnessing “big splits in its ranks” in the recent period because of internal and external challenges faced by the organization, and that hundreds of its elements are fleeing to the areas controlled by the organization towards Turkey or neighboring countries.

The splits causes are attributed to the growing tensions among militants of the organization motivated by ideological and intellectual differences because of their origins coming from all over the world, as well as disputes among the elements of the organization and the local population as well as the failure to recruit them and send them to the front lines of the battlefield in addition to setbacks in areas dominated by them.

Dissident: Internal fighting in the ranks of ISIS