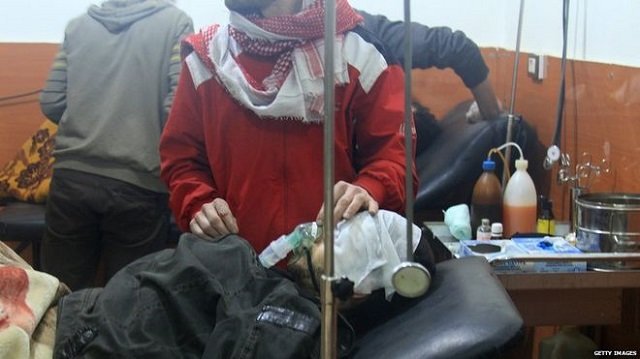 Diplomatic Solution for Syria is Impossible Without Assad on Trial

There are many behind-the-scenes political activities pointing to a diplomatic solution for Syria.

Unless Baschar al-Assad whose sarin gas canisters and chlorine gas barrel bombs have killed thousands of innocent civilians is indicted for war crimes against humanity and put on trial, any diplomatic solution would be hard to force upon the Syrian people to comply with.

Do not make the same mistake the Obama administration made when it decided to orchestrate the Syrian civil war to fit its own objectives. It will come back to haunt us even more with ISIS taking advantage of those mistakes to remain a strong player.

Here are some diplomatic solutions that would be rejected by the Syrian people and those on the ground fighting:

Syria is a complex cauldron of burning ashes and glowing cinders. Touch it the wrong way and you may burn your hands. Meet the reasonable demands of its people while insisting on fighting terror and you may enjoy peace for a long time.

Here at TFS, we have tried, for over a year, to contact Ben Rhodes to advice him on Syria. He refused our advice. Now he must live with the consequences. We hope the U.S. State Department is smarter than he is.

Diplomatic Solution is Impossible If Assad is Exonerated