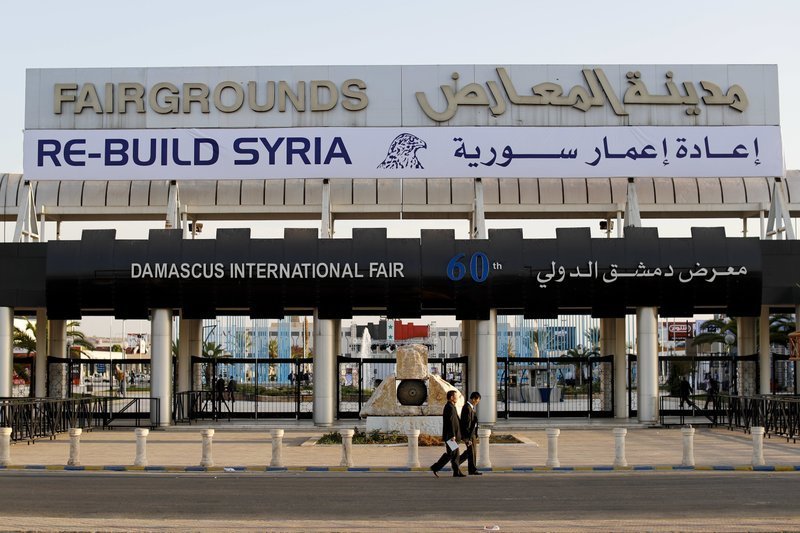 October 3, 2018 6:16 pm 0
Possible Doomsday for the Assad Evil Regime
Aoun is Acting Like Little Khamenei
Assad Chances Are Nil due to Dodgers, Defectors, and the Dying

Majd al-Assad, Baschar’s young brother, died mysteriously in 2009. Many believe he was suffering from a severe mental illness that took his life; possibly at his own hands. Upon a closer look at the delusional Assad world where using sarin gas in the 21st century is as normal as firing a pistol, it is obvious that both Baschar and his younger brother Maher al-Assad, known for his psychotic behavior, suffer from the same genetic deficiency. The Assad family is mentally unstable.

Further, when we look back upon the Assad regime over the last seven years, we discover the delusional Assad world as he uses whatever means at his disposal regardless of human cost or accountability. During these years, the Assad regime raped, killed, and tortured civilians, including children as young as 13-years old. Furthermore, the unstable Assad, with help from Russia and Iran, bombed hospitals, schools, bakeries, and open markets frequented by civilian mothers, and not terrorists.

Assad believes he will get away with all his genocidal crimes. The unstable Assad does not realize that soon he will be dead meat. No government in the world would accept the tenure of a psychotic and barbaric man able to attack anyone; one who can set the standards for today or tomorrow’s crazies. Assad death will be the best example the world can set to send its signal of ultimately saving human lives.

AP, in a wire about Syria’s reconstruction, writes:

With back-to-back trade fairs held in Damascus this month, Syria is hoping to jumpstart reconstruction of its devastated cities by inviting international investors to take part in lucrative opportunities.

But the absence of significant Western participants, the challenges posed by international sanctions and the lack of a political solution to the seven-year-old conflict point to massive hurdles ahead.

The Assad regime, while begging for reconstruction funds, touches on the delusional Assad world the regime is living as it reaches for peace.

The government says it will only award contracts to “friendly countries” that have supported Syria throughout the civil war. In an address to the U.N. General Assembly last week, Syria’s foreign minister said Western countries that set political conditions before committing reconstruction funds are “neither invited nor welcome to help.”

Even though Assad is bankrupt, he is telling any future funders they will have no role in Syria’s reconstruction. Go figure the delusional Assad world fabricated by an unstable and even dumb mind.