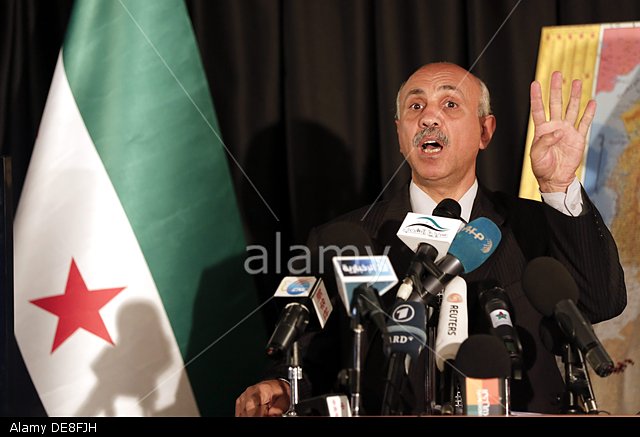 The defecting chief of the Syrian regime’s Chemical Warfare Medical Committee in the Aleppo district Dr. Abdel Tawwab Shahrour will reveal classified documents that prove the use of chemical weapons by the regime.

“Dr. Shahrour will prove in a press conference to be held today [Tuesday] at 5 p.m. in Istanbul that the Syrian regime used chemical weapons in Aleppo’s Khan al-Assal,” sources from the opposition Syrian National Coalition told NOW on Tuesday.

However, Shahrour did not appear at the SNC press conference and the opposition spokesperson at the Istanbul gathering told reporters he would speak in “another conference.”

Shahrour has recently defected from the regime, and arrived Sunday to Istanbul.

On March 19, the regime and the opposition exchanged blame for a chemical weapon attack in Khan al-Assal that killed some 30 people, according to the Syrian Observatory for Human Rights, regime and other tolls released at the time.

The use of chemical weapons came back to the forefront on August 21, when an attack on a Damascus suburb left over 1,400 people dead. This caused the West to mull strikes on Syria despite Damascus’ denial of involvement in the alleged chemical strike.

The United States House of Representatives expects to begin consideration of a possible military strike against Syria the week of September 9 after US President Barrack Obama postponed the threatened missile strikes by seeking approval from Congress for action against the Syrian regime’s alleged use of chemical weapons.