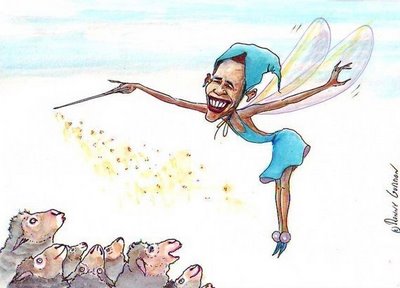 February 12, 2015 8:45 am 0
In Syria, the enemy of our enemy is still our enemy
Have you been Obamized?
Kerry’s ignorance is simply astounding

With only two years left in his presidency, Barack Obama recently has been revealing his innermost convictions, particularly on foreign policy. These convictions are startling and disturbing.

Take Mr. Obama’s Feb. 1 interview with CNN’s Fareed Zakaria. The president said American leaders must avoid “suggesting in some fashion” that terrorist networks “are an existential threat to the United States or the world order.”

Is Mr. Obama really blind to the consequences of Islamic State—which the president referred to as a “jayvee team” last year—establishing a caliphate in the heart of the Middle East, fueled by oil riches? That would destabilize Arab governments friendly to America, threaten Israel’s existence, damage the international economy, expand Iran’s influence and lead to a dramatic increase of radical Islamic activity in Africa and Asia.

Then there are also the terrorists with Western passports with ties to Islamic State. Rep. Michael McCaul, chairman of the House Committee on Homeland Security, estimates there are 5,000 such fighters—from the U.S., Canada, the European Union, Australia and New Zealand—in Syria and Iraq.

The threat from the rapidly expanding galaxy of Islamic terrorist groups is why 47% of the respondents in a Sept. 7, 2014, NBC/Wall Street Journal poll felt America is less safe than it was before 9/11. By comparison, 20% felt that way in September 2002.

Mr. Obama also claims his failures are really successes. On Jan. 22 the president told GloZell Green (she of the cereal-filled bathtub video) that “we have ended two wars in a responsible way.”

This is delusional. Thanks to his inept handling of Iraq, the U.S. left no residual forces there. As a result the stable situation Mr. Obama inherited has turned into a disaster. Islamic State, in addition to controlling large swaths of Syria, has gobbled up nearly a third of Iraq, including its second largest city, Mosul.

Then there’s Afghanistan, where Islamic State—1,000 miles from its home territory—battles with the Taliban for control of southern Afghanistan as the Taliban intensifies its efforts to return to power in Kabul. According to reports in this newspaper, the fighting is as intense in Afghanistan as it has been since the U.S.-led invasion in 2001, with security deteriorating and Afghan troops and civilians dying in record numbers.

If the Taliban regains power, Afghanistan could again become a terror sanctuary as it was before 9/11 and further destabilize neighboring Pakistan, a nuclear power. No wonder the Afghan government is desperate for a residual U.S. military presence.

Mr. Obama was perhaps most revealing in his interview with Vox.com’s Matthew Yglesias published Monday night. There the president agreed “absolutely” that “the media sometimes overstates the level of alarm people should have about terrorism.” He also compared fighting Islamism with a “big city” mayor trying to “cut the crime rate.”

Mr. Obama described the murder of Jews in a Paris kosher grocery by an Islamic terrorist with ties to Islamic State as an instance where “zealots . . . randomly shoot a bunch of folks.” It is clear the commander in chief isn’t engaged in this war against terror and doesn’t even understand its nature. He has his head buried deep in a sand trap somewhere.

Last, but not least, are Mr. Obama’s remarks at the National Prayer Breakfast, in which he reached back centuries to equate the savagery of Islamic terrorists today with the Crusades, the Inquisition, American slavery and Jim Crow. His attempt at moral equivalence handed Islamic State a powerful propaganda tool.

Even liberal reporters like NBC’s Andrea Mitchell found Mr. Obama’s comparison ludicrous. It should not surprise, however. This is a president who refuses to let the words “radical Islam” (or a variation of that phrase) pass his lips. It would have been impossible for presidents from Harry S Truman to George H.W. Bush to sustain public support for America’s Cold War efforts if they had been unwilling to call adversaries then by their true name—communists.

In the last years of his presidency, Mr. Obama is letting his inner progressive out. That might be liberating for him. But it’s a calamity for America and the world.