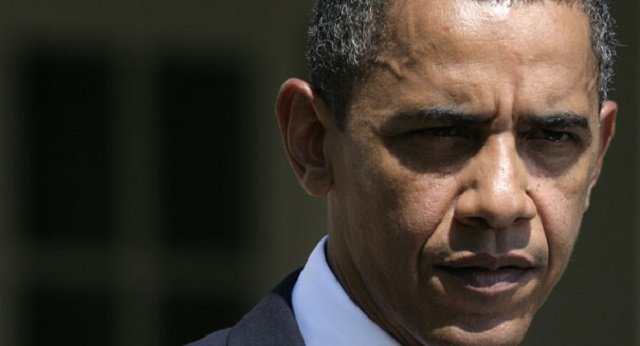 October 8, 2015 8:44 am 0
The Worst Agreement in U.S. Diplomatic History
Obama To Release Jonathan Pollard Only If Congress …
We Will Never Forget

While Russian, Syrian, and Iranian large offensive in Syria is underway to crush all the moderate and non-ISIS opposition to Assad, the Obama administration officials on Wednesday said the longstanding issue of a no-fly zone in war-torn Syria has been discussed but no decision made.

Could Obama cowardice become more disgusting? America is losing its foothold in the Middle East and our president is still procrastinating over whether to protect American interests.

Washington’s NATO ally Turkey, which has more than 1.8 million Syrian refugees on its soil, has argued for months in favor of a no-fly “safe zone” in northern Syria, where refugees could take shelter from the country’s bloody civil conflict.

Spokesmen for the State Department and the White House fielded reporters’ questions about a CNN report Tuesday that said Secretary John Kerry had asked his staff “to further develop the idea.”

The possibility of a no-fly zone in Syria — where a U.S.-led coalition is striking at Islamic State jihadists — has come up intermittently since 2012, but never has been embraced by the administration of President Barack Obama. Could Obama cowardice become more disgusting?

State Department spokesman John Kirby declined to directly answer questions that any such recommendation had been made by his boss to the president.

Kirby did acknowledge, however, that the issue has been discussed.

“We continue to have discussions about how to best go after ISIL (Islamic State group) and particularly there in Syria, in northern Syria in particular,” he said.

“And we’ve talked about the concerns that the Turks have expressed about the movement of ISIL there in northern Syria.

“To date, there’s been no decision to move forward with a no-fly zone.”

His counterpart at the White House, Josh Earnest, was even more cautious when discussing the administration’s position on a no-fly zone.

“We’ve not been in a position to take it off the table or to rule it out in the future, but we have indicated that it’s not something that we’re considering right now,” Earnest told reporters.

“Even things that sound simple, like a no-fly zone, have significant consequences for longer-term strategic decisions that have to be made there.”

Civilians dying in Syria are simply a non-issue for a president who considers them a non-entity.

Mr. Kerry’s Empty Words on Syria
Putin Knows How Easy to Outmaneuver Obama
1938 and 2015: Only the Names Are Different
Slippery Barack Obama 976