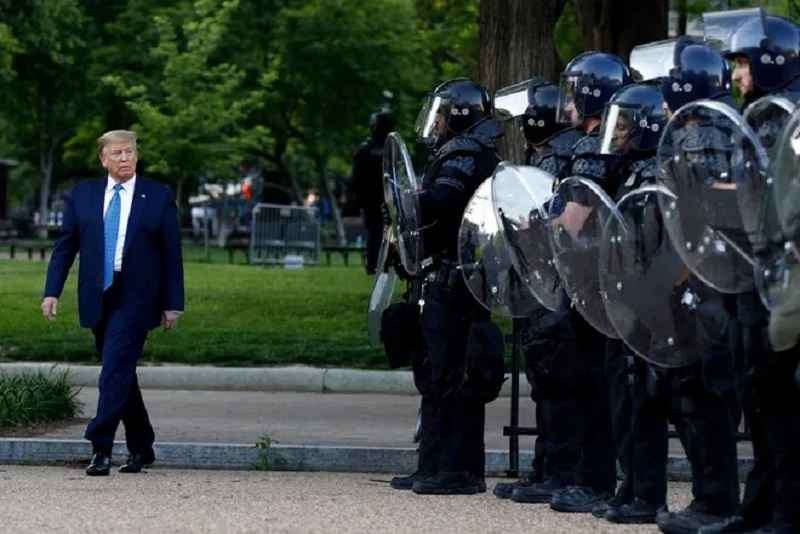 June 10, 2020 6:48 pm 0
Gabbard Took Money from Assad Now Wants The White House
Everything Putin Would Do To America Trump is Doing
What Did Donald Trump Do for Syria?

After the intolerable murder of George Floyd at the hands of a low IQ violent policeman, millions protested the killing one can watch on a video as it happened. Against this backdrop, Congress is shocked watching Americans protest against their own government. It never occurred to our legislators that the people in this country had the courage to demonstrate so universally.

In the United States, when Americans protest, it is usually in support of one cause or another that does not involve the U.S. Government directly. Pro-gun advocates protest against anti-gun advocates, and pro-choice against anti-abortionists. When Americans protest or engage politically for a cause, they do so against each other, not their government. This is the reason why Congress takes the American voters for granted. If Congress feared the public, they would have controlled irritant matters such as high taxes, student debt, corporate welfare, and reform of their own institution.

If there was a moment to protest Congress and the White House, it might have been when Amazon paid no taxes in 2017 and 2018 on tens of billions of profits. Loopholes in the legislation Trump passed to change our tax code slipped by Christmas gifts to the richest people in America. At the expense of everyday taxpayer. Invariably, the plumbers, the teachers, and the lawyers of this country will cover the deficits Congress granted Amazon. Indeed, every taxpayer is paying. Except Amazon.

Yet, the public did not protest in the streets. Instead, Americans shrugged their shoulders and went back to work. When outrageous legislation does not prompt people to revolt, Congress, inevitably, goes to sleep, which is why the George Floyd revolt and protests are taking Congress by surprise.

Now, if you happen to be one of 46.4% of households who own a mutual fund, then you get some of those taxes back in higher value of Amazon stock. But Trump and Congress screwed the remaining 53.4% of Americans the majority of whom are not educated enough to understand what Congress does in the shadows. Justice in America is defined by those in power.

The U.S. Congress formula to avoid street protests might be to impact only half the American public.

HAVE YOU SEEN A MORE MALLEABLE CONGRESS?

The intensity and perseverance of the protests in favor of equality and justice for the black communities have turned both Houses on their heads. Suddenly, the House of Representatives and the Senate are in agreement to pass legislation to benefit the black people in this country. When was the last time we saw Republicans and Democrats reach a compromise on anything? What is happening on the streets is shocking Congress so much, it has suddenly appeared ready to legislate properly on matters that impact their voters. Folks, we are witnessing history in the making because both Houses are almost never eager to compromise.

What does that tell us about our own commitment to enable Congress to work for the people? What does it say about protesting every time Congress fails us? We are the only civilized and democratic country in the world whose legislators sometimes punish deliberately their own base of taxpayers. Like the Amazon fiasco.

The generations Z and Y (18 to 25 and 26 to 39) are more participants in our democracy than any previous generations. They are the ones leading the marches. They are the ones protesting systematic racism. One day, they will be steering this country to be even greater than what it is today. And because they number around 94 million Americans — their votes estimated at probably around 60 millions — it will matter come this election if they rally to make their voices heard.

Watch out Trump. When CNN took the latest polls, those two generations were on the streets protesting. Next time CNN polls, the numbers may be devastating for the Trump campaign. Our youths will no longer tolerate a racist in the White House and his enablers in Congress.