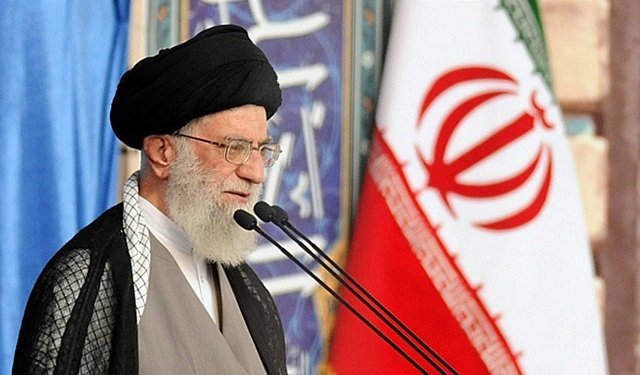 There is only one thing the ayatollahs in Tehran want more than a nuclear bomb: that is for their regime to survive. Thanks to the agreement announced on July 14, they will get both. The deal will strengthen their tyrannical, revolutionary and fundamentalist regime, and they will have the bomb within a matter of years. The Friends of Israel Initiative, of which I am the chairman, has been warning that a bad deal is worse than no deal, and we firmly believe that the present agreement, despite the U.S. administration’s good faith, is a terrible one.

The evil is in the nature of the regime itself, which believes that violence is a legitimate tool to achieve expansionist goals. The Obama administration says that pouring billions of dollars into Iran will tame its aspirations and moderate its behavior. But that argument is based in idle hope. It runs against all we know about the Islamic Republic since its founding in 1979, as well as our experience with other tyrannical regimes, like North Korea’s. Dictators do not dissolve when they are showered in money.

Assuming, as this agreement does, that Iran will moderate its policies, renounce its hegemonic aspirations, reject its terrorist proxies and become a “normal” country is a dangerous gambit. The more likely outcome is an empowered regime, better equipped to pursue its regional interests and perfectly capable of building a nuclear bomb.

President Obama presents a false dichotomy in suggesting that postponing Iran’s path to the bomb is the only way to avoid bloodshed now. There are effective alternatives that fall between this agreement and war.

Though it may be true that the Russians and Chinese would have alleviated some of the pain of sanctions on Iran, it is undeniable that sanctions were taking a heavy toll. The Iranians didn’t come around to talking about their nuclear program after years of secret efforts because they suddenly lost interest. Sanctions worked.

Moreover, as a result of the many concessions in this agreement, particularly the lifting of the embargo on arms sales to Iran, the regime will become better equipped and more militarily robust. Ten years—said to be the delay the agreement will impose on Iran’s nuclear program—is an eternity to a politician like Mr. Obama, who can only stay in power for a maximum of eight. But it is a grave error to think in such a short time frame, which Iran’s ambitions will far outlast.

Finally, some pragmatists may claim that by ending the animosity sanctions cause, this agreement will open up a new phase of collaboration with Iran, particularly regarding the fight against Islamic State. But it is in the West’s long-term interest to have an Iranian presence in Yemen, Iraq or Syria? The enemy of my enemy is not always my friend, particularly in the Middle East. As tired as the U.S. may be of distant wars in which victory proves elusive, fatigue should not lead to abandonment.

Letting Iran take the lead in the ground combat against ISIS is a dereliction of duty that the Western world, much less the U.S., should not allow. That after a year of air attacks against it ISIS still retains half of Syria and a third of Iraq is not because the West is weak; it is because our minimalistic strategy cannot reverse the feeling of victory among the many joining and fighting for ISIS. Western allies can be effective militarily, but this will happen only with a higher commitment to victory.

In Europe in the 1920s and 1930s many competent leaders made serious mistakes based on false assumptions. In America too, there have been moments—such Jimmy Carter’s handling of Iran—when leaders have been plainly wrong. Politicians are not immune to making mistakes. But they can learn from history. Sooner or later the West will have to confront Iran—only later it will face an emboldened, better prepared, modernized and richer Iran that will do its best to attain the goals we’ve always tried to prevent.

Mr. Aznar is chairman of the Friends of Israel Initiative and a former president of Spain.