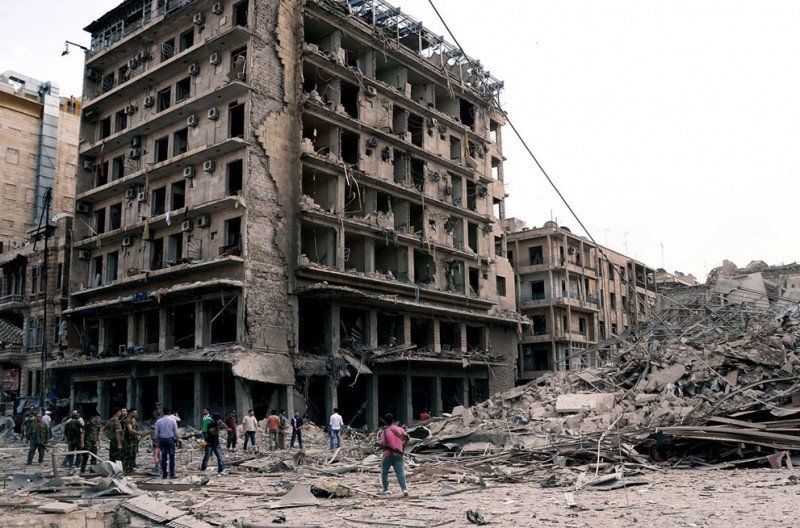 Christians in Aleppo call for an end to conflict

April 15, 2015 4:27 pm 0
The Carnage of Barrel Bombs in Syria
Pay attention to Syrian perspective
How much the world hates Obama

Source: Euronews (Christians in Aleppo call for an end to conflict)

As the systematic bombing of Syria’s largest city continues to wreak destruction and claim lives, a leading Christian clergyman in Aleppo has called on the fighting to end.

Latest video on social media, although unverifiable, shows a huge explosion in the city that a website says was the result of bombing by the regime.

Monsignor Georges Abou Khazen said at least 12 Christians have died recently and that more bodies are under the rubble.

Speaking to AsiaNews said that Christians and Muslims are “tired of war, tired of these terrible acts of violence”.

Mgr Khazen also claimed that the war is being fueled by regional and international powers who, he said, are sending heavier and more lethal weapons.

Aleppo is in the frontline of the conflict, strategically important because of its proximity to Turkey.

On the wider front pictures released by the US government on Monday shows coalition airstrikes on areas it says are controlled by ISIL militants throughout Syria and Iraq.

The United Nations estimates that around 220,000 Syrians have died in the 4 year-old conflict.

Christians in Aleppo call for an end to conflict