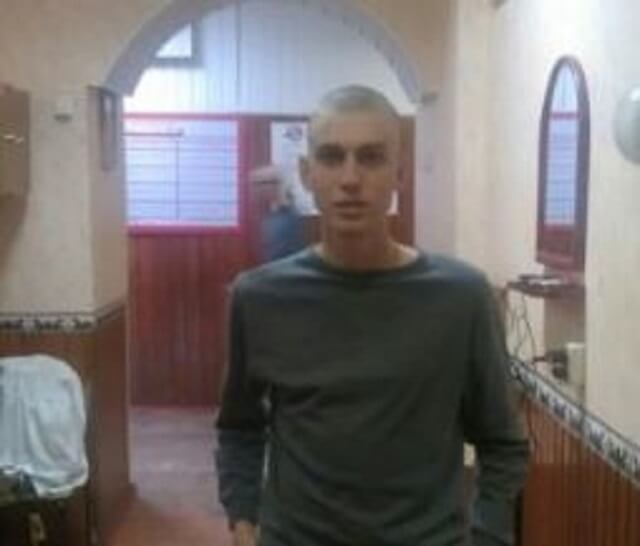 The body of the first Russian serviceman confirmed dead in four weeks of air strikes in Syria was delivered on Tuesday to his parents, who said they were not convinced by the military’s account that their 19-year-old son had hanged himself.

In an interview with Reuters at their home in southern Russia before they received the body of their son Vadim, Alexander and Svetlana Kostenko said their son had sounded cheerful over the phone as recently as Saturday, the day he died while working at an air base on the Syrian coast. A cheerful Russian soldier commits suicide in Syria according to the Russian military. It seems nothing has changed from the Soviet days.

“I will never believe this version (suicide),” said Svetlana, who was wearing a black head scarf. “We spoke every day by phone for half an hour. (On Saturday) he was cheerful, happy, and he laughed,” she said.

Alexander, Vadim’s father, speaking in a low voice, agreed: “We were told he had hanged himself because of a girl. He would never have done it. I know my son really well.”

The body was delivered later on Tuesday afternoon in a military truck. Soldiers carried the body into the house inside a wooden box. Shortly afterwards, a woman could be heard loudly sobbing. A little later, a polished wooden coffin was delivered to the house.

After the family saw the body, Vadim’s younger sister Katya, 14, told Reuters the corpse appeared undamaged and it was unclear if he was strangled or had hanged himself. cheerful Russian soldier commits suicide in Syria.

Kostenko was one of the Russian air force’s support staff. He signed a contract on June 20 and was dispatched to Syria by plane on Sept. 14, two weeks before the Kremlin’s air campaign began, his father said. He said they had only discovered Vadim was in Syria when he was already there.

“A contract serviceman stationed at the Hmeimim airbase (in Latakia) as a technician committed suicide while he was resting after duty,” the source told Interfax.

“According to preliminary information, in particular the analysis of text messages in his phone, the reason for the death of the contract serviceman is problems in his personal relationship with a girl,” the source said.

The ministry, which did not name the girl, did not respond to written questions from Reuters.

When asked by Reuters via social media whether the couple had fallen out, Tatiana, Vadim’s girlfriend, did not respond.

Kostenko’s death was first flagged by Conflict Intelligence Team (CIT), a group of bloggers who have previously worked to uncover information about Russian military deaths in Ukraine, where Russia denies its troops are fighting despite what Western countries say is overwhelming evidence.

An unnamed Russian defense ministry source also told the Wall Street Journal on Oct. 23 that a Russian soldier had been killed in an incident related to careless weapons handling.