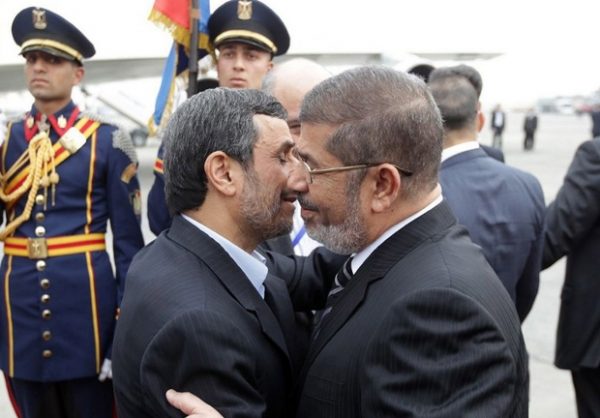 June 3, 2013 11:42 am 0
Tulsi Gabbard Supports Chemical Warfare Against Syrian Civilians
Assad Inventions Coming Back to Haunt Him
Britain Must Break Away from Obama

Much has been written lately about the confusing situation in Syria. Most questions center around the alternatives to Assad, which has an impact on Syria if we take into account the rise of Islamism in the various Arab countries because of the Arab Spring. We call it cheer-leading an engineered confusion.

First, let us consider the Assad message by asking this question: Which delivers more punch for Assad, to ask the West to “Support him” in light of all the bad publicity surrounding his savagery or to convince the West “Not to support his opposition” by painting them as extremist terrorists the West fears with equal prejudice?

It is enough for Assad to split international opinions on this matter to have a good chance of surviving this civil war, something he and Iran have managed to do over the last few months through their engineered confusion.

In order to set the stage for this scheme, Assad committed sectarian atrocities he knew would invite Islamist extremists into Syria to defend their honor and religion. Between the extremist elements flowing into Syria intent on fighting sectarianism with sectarianism, the incessant use of “Allah Wa Akbar” in videos visited on YouTube, and the sophisticated propaganda machine of the Iranian and the Syrian regimes in Washington, public opinion has shifted dramatically over the last six months in favor of Assad, Iran, and Hezbollah. So much so that influential people, reporters, and Think Tank intellectuals have become cheerleaders backing the confusion itself by asking who the alternatives were, which is exactly the question Assad and the Iranian regime want them to ask.

Can you imagine how foolish we all look?

Keep in mind that “Alternatives to Assad” is a political concept long used by the regime to scare the international community and to sow fear.

Laura Ingram, who has her own FOX show, has fallen in this trap. She was quoted on FOX Sunday making claims that “Christians were slaughtered by the rebels”, which sounded like civilians were being slaughtered. This is pure Assad/Iran propaganda. The Christians dying in Syria are dying on battlefields while fighting for Assad. As regrettable as this may be, let us not forget that Christians, Muslims and Alawites are dying in Syria today because Assad refused to yield to moderate FSA defectors and because Russia, Iran, and Hezbollah are adamant about keeping him in power.

In similar fashion, the Syrian opposition controlled today by the Syrian branch of the Muslim Brotherhood, thanks to the apathy of the Obama Administration, has also developed its own message to facilitate its ascension to power. While dealing with the MB’s leadership during the Bush years, many times TFS would hear language such as “If it’s not us, then it will be al-Qaeda”. I believe, this message was also repeated so often to officials at the State Department and even to advisers working with the White House that it has resonated with efficacy.

Is our confusion over Syria so surprising then when two groups fighting each other to death, and both have the means to control the same propaganda for their own goals? Both Assad and the Muslim Brotherhood want us to believe the alternatives to their rule is al-Qaeda. What, then, do you think will be the alternative if we fall so easily to such psychological entrapment?

Is al-Qaeda fighting in Syria? Yes, it is.

Are other extremist groups also fighting in Syria? Yes, they are.

However, very few can answer the essential questions we must ask: How many are there, how dangerous they will be once Assad falls given their numbers, and what is the worst that could happen if they remain in Syria. If we are able to peg these answers against some more questions such as: What will be the effect on Iran and Hezbollah if Assad wins this war, and how will US interests be protected if we let Russia run amok again in the region, then we may abandon the role of becoming cheerleaders to this engineered confusion.

Assad and the MB are both playing us like the fools we are by magnifying the danger of their alternatives. It is up to us to dig for the truth instead of becoming victims of just another deception. Something we will try to do in follow-up Blogs by understanding who is fighting, where they come from, and how strong they are. Our hope is to provide some wisdom about containment and control.

Meanwhile, please do not fall for the propaganda emanating from Assad or the Obama-supported Muslim Brotherhood. Stay the course to defeat both, one on the battlefield and the other in the halls of power. The Syrian people will not let terrorists or extremists hijack our future so easily.

Loading...
Newer Post
The True Lesser of Two Evils Between Assad and the Islamists
Older Post
Easy Steps to Act as a Leader (Not necessarily be one)