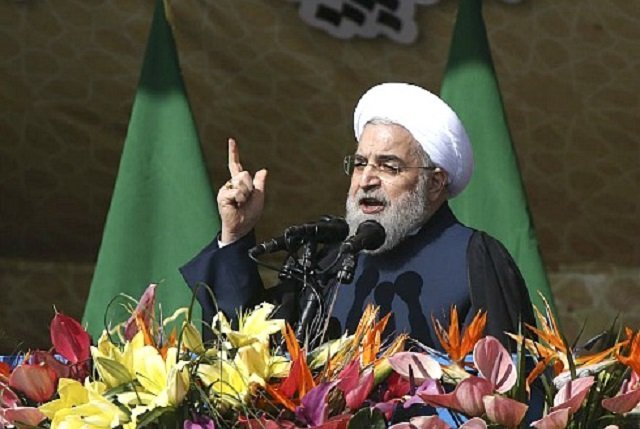 August 27, 2016 9:04 am 0
Iran is Turning Iraq Into Killing Fields
What Else to Expect from an Islamist Terrorist Regime
Falafel Interviews Ahvaz IRGC Commander

TFS Note: What a shocker that Iran wants to capture U.S. citizens. More U.S. citizens that is. We told you Barack Obama is incompetent. After his ransom payment to Iran of $400m to set four Americans free, he set the price on every American to be $100m. Watch how other countries are going to follow suit. Have you learned yet Mr. President not to trust the terrorist Mullahs? Great job POTUS!

The State Department issued a warning on Monday urging U.S. citizens to avoid traveling to Iran, which has made the detention of Americans a priority.

The latest travel advisory, which emphasizes Iran’s desire to capture U.S. citizens, comes on the heels of a growing scandal over the Obama administration’s decision to pay Iran $400 million in cash on the same day that it freed several U.S. hostages.

The payment has been cast by lawmakers and others as a ransom payment and prompted increasing concern among U.S. officials that Iran is making arresting Americans a priority.

The travel warning is meant to “highlight the risk of arrest and detention of U.S. citizens, particularly dual national Iranian-Americans,” according to a State Department announcement on Monday. “Foreigners, in particular dual nationals of Iran and Western countries including the United States, continue to be detained or prevented from leaving Iran.”

Iran continues to imprison Americans, particularly those holding dual Iranian citizenship, according to the State Department.

“Iranian authorities have detained and harassed U.S. citizens, particularly those of Iranian origin,” the travel warning states. “Former Muslims who have converted to other religions, religious activists, and persons who encourage Muslims to convert are subject to arrest and prosecution.”

The Obama administration expressed particular concern about commercial airlines doing business with Iran. This warning comes as American companies such as Boeing continue to pursue million-dollar business deals with the Islamic Republic.

The warning emphasizes that “the U.S. government’s ability to assist U.S. citizens in Iran in the event of an emergency is extremely limited.”