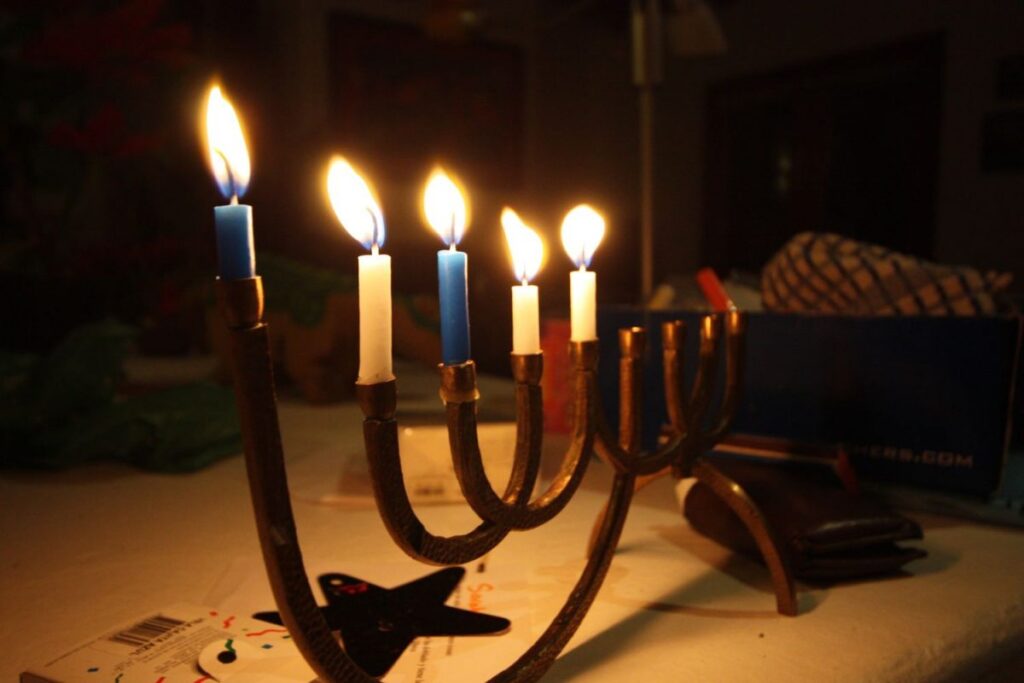 Candle in a Dark Cave

July 8, 2009 8:40 am 0
A Virus with a Hijab
The Alawites of Syria Have Committed to Israel Destruction
The dirty war behind the wars

Washington – July 8, 2009 (Farid Ghadry) – Last week, I received what looks like an innocuous email from a childhood friend living in Dubai. The email had one sentence:

Are these your friends?

Attached was a PowerPoint file.

What he sent was what we Arabs have been accustomed to seeing by the Palestinian propagandist machine. Pictures of Palestinian children crying, young men being asked to dress down to their underwear, buildings demolished, etc.. You get the picture. By “friends”, my friend meant to say “These are your Israeli friends perpetrating inhuman treatment of Palestinians”.

Of course, the whole presentation had no pictures of suicide bombers attacking buses on Jerusalem streets or rockets landing on school yards in Sderot or even the crying of a mother who lost her teenage daughter needlessly to Palestinian terror. As one-sided a propaganda as Arabs can expect from the extremist Hamas.

So, I wrote back to my friend and here is a snippet of what I said.

The Nazis attacked the Jews for no reason. The Jews are trying to protect their land from Palestinian attacks, land repatriated with the help of the international community under the UN. If the Palestinians have a problem, let them go to the UN to fight for their lands using laws and the rule of law. This is how civilized people operate. It took the Jews 2000 years to go back to their lands but they did not do it by bombing others and committing crimes against the innocent. The Jews have brought enlightenment to the region through sciences, democracy, and a western culture we have, under the Ottoman Empire, neglected to open up to.

Standing by the violent Palestinians who will keep the Middle East in the dark ages (Hamas) instead of supporting peace between the two peoples is not helpful. Imagine if Israel is demolished? The Arab League will become the only enforcer, protecting killers of women and children (Bashir and Darfur). It will also help other Arab governments, accountable to no one, to kill at will. Is that the Middle East you want?

Our duty as people of the region is to enforce accountability by our own governments. We are not their servants, they are ours. Israel and the Jews are a counterweight to tyranny in the region.

Right after, I received an email from one of the recipients of my response to the PowerPoint in which he accuses Zionism of evil. He said:

.. The Palestinians did not force the Israelis out, it is the opposite, the Israelis assisted by a western conspiracy occupied the land, and chased the Palestinians out, I am not talking about the Jews, but about the Zionists, well known war criminals became the leaders in Israel. Anyhow, you have your opinion, and I have mine, if we live long enough the truth will eventually surface.”

This is the kind of response I love to read because it provides the opportunity to set the record straight. A day later, I responded to him this way.

Real Zionism, a nationalist political movement, died when Israel was founded.. Yet, don’t tell that to Arabs who seem to think that the only cause is the Palestinian one and the only enemy is Israel. What about the Syrian cause or the Saudi cause or the Libyan cause? All of our energy is concentrated on the Palestinians to the detriment of 300 million Middle Easterners. We all have problems in our native countries yet we neglect them and they are our real enemies. Have you ever heard of the Lebanese Cause? It really exists.

As for conspiracies, we Arabs seem to delight in that term. Europe, feeling guilt for what happened to the Jews by its own and under her watch, worked, hand in hand with the US, to realize the 1898 Herzl dream of the creation of Israel. The world went along, exhausted from WWII, to give the Jews land they populated 2000 years ago. There is no conspiracy here. Just plain guilt, Jews uniting, and the world listening.

Globalization crosses from the US to Europe, hits a huge pothole in the Middle East, and then continues straddling India and the Far East successfully. If there is an imitation of a black hole on earth, you have it in the Middle East. We are “Nations of Inheritors” and not “Nations of Builders”. WE INHERIT EVERYTHING: Oil, presidencies, power, and even our dead fathers’ seats in parliament. Meanwhile, our education system helps mediocrity while our brightest minds escape oppression to settle in the west. The only place on earth where if you fail as an engineer, a lawyer, a doctor, a scientist, even a teacher then you can become an Imam, the only (college) major where everyone is accepted. It is also the only job in the world where you can exercise executive powers from day one through Fatwas.

We are governed by tyranny on one hand and mediocrity on the other. Yet, Israel is the problem and we put all of our energy in that small piece of land instead of resolving the immense problems we have as people.

… the truth already surfaced: Israelis (Jews) have 1/3 of Noble Prize in Sciences and Arabs have ZERO. Continuing to support the Palestinian cause instead of OUR cause will certainly keep our record at ZERO. Let’s start paying attention to OUR own problems and wish the Palestinians all the luck in the world.

No response yet but I will write about it if ever it comes.

When will we Arabs and Muslims stop persecuting Jews and start paying attention to our own communities, people, and countries? When will we Arabs and Muslims start holding our leaders accountable for spreading hate and resistance to civilization? When will we see how important Israel is to the region? We have lived in this dark cave for the last four centuries and when a candle illuminates our world like a candle in a dark cave, we trip over each other to choke it, unaware that we can learn from Israelis who brought the western world in our midst to start closing the gap between who we are and what we must become to survive as a civilization. This is not about defending Israel and I am certainly not qualified to do so nor do I want to. This is about all of us, Arabs and Muslims.

And as a Syrian, unhappy with Israel’s occupation of the Golan Heights, I understand why it is occupied having firsthand experience when I visited in 2007. What I do not understand is why Assad occupies all of Syria.

Candle in a Dark Cave