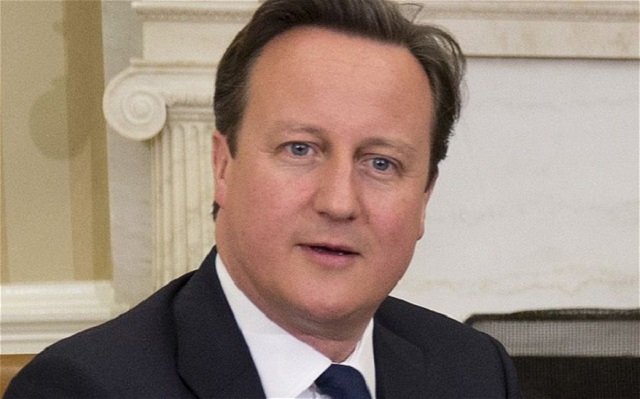 October 3, 2015 12:40 pm 0
That’s why they kill: Bachir of Sudan is Their Glass Ceiling
New HOV Terrorist Lane Obama Inaugurated for His Mistakes
Targeting the Uteri of Pregnant Syrian Mothers

On Saturday, Britain’s Prime Minister David Cameron accused Russia of backing Assad the “butcher” with airstrikes that are often not aimed at Islamic State (IS) fighters in Syria.

Cameron said Russian forces were “making the situation worse” as they pressed a bombing campaign in the IS stronghold for a fourth day.

His comments came as British intelligence forces observed that only one in 20 Russian airstrikes were hitting IS targets, according to Britain’s defence minister.

“It’s absolutely clear that Russia is not discriminating between ISIL and the legitimate Syrian opposition groups and, as a result, they are actually backing the butcher Assad and helping him and really making the situation worse,” said Cameron, using an alternative acronym for IS.

Repeating calls for regime change in Syria, the British prime minister added: “We should be using this moment now to try to force forward a comprehensive plan to bring political transition… because that is the answer for bringing peace to the region.”

Cameron accused Russia with comments, delivered ahead of his Conservative Party’s annual conference in Manchester, northern England, echo those of his defence minister, Michael Fallon, published Saturday in the Sun newspaper

British intelligence services observed that only five percent of Russian air strikes had attacked the IS group, with most “killing civilians” and Free Syrian forces fighting Assad, Fallon told the tabloid.

Cameron accused Russia and Putin’s intervention had further “complicated” the crisis, while suggesting that Britain should extend its own bombing campaign — currently only operational against IS in Iraq — to Syria.

“We’re analysing where the strikes are going every morning,” he told the paper. “The vast majority are not against IS at all.”

The United States has also accused the Kremlin of trying to buttress Assad, with President Barack Obama describing the airstrikes that began Wednesday as “a recipe for disaster”.

What is Wrong with Iraq and PM al-Maliki?
Where Does Israel Stand on Assad Remaining in Power?
The Cash Register of Terror
Putin Terror 436