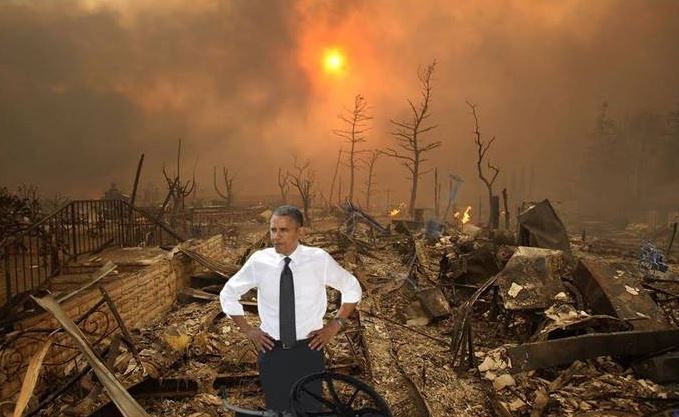 There are western fools out there who made 180 degree turn over the last two years in support of the Assad regime. Their defunct argument goes like this: Better Assad than the Islamists of Syria. In their shortsightedness, they refuse to see what would or might happen to the remaining moderates fighting Assad today, and to what might the evil forces of the Iranian Mullahs and the Kremlin, who control fully Damascus today, might do.

They base their Assad support on another notion as well: We can bargain and barter with the likes of Assad, but the extreme ideology of Islam is single-minded and inflexible. They seem to forget that when a single winner rises, so will his spoils of war that often manifest themselves in the same single-mindedness. Remember the Treaty of Versailles? One peace accord produced even more of a devastating war.

Theirs is a romantic dream that Assad the claimant president remains Assad the sure decider, and if the decider wins decisively, this might produce real peace.

Russia and Cuba are fighting side-by-side in Syria. Does that ring a bell of history? Iran and Hezbollah are fighting to save Assad. Would that combination  produce anything but war? Even if Khamenei dies and a new supreme ruler ascends to power with less fatalistic views of his religion, “Death to America” is part of the cultural Iranian landscape the same way “Hate the Jews” has been part of the Assad induced cultural landscape in Syria. The danger and the enmity will survive Khamenei.

If Assad wins, brace yourself for border-less destruction and death. It will spark a Sunni-Shiite war across many countries simultaneously to engulf the whole region.

What about the Islamists manifesting themselves in Syria as was the case in Libya, you ask? Even bigger fools are those who compare Libya to Syria. If you understand demographics, geography, history, and today’s Syrian civil war, you would shy away from this dumb comparison. Unless you believe you are not a victim of the Assad propaganda ever so powerful in Washington with help from the Iranian lobby. “Look at what happened in Libya” has been cooked in Assad’s kitchen of deception.

Syria will never be like Libya because of the ratio of liberals/seculars/minorities/moderate Muslims as compared to the eclectic Syrian Muslim extremists fighting today against Assad. The broad population remains committed to its devoutness to Islam but not to extremism and terror. Have you forgotten how many Syrian Muslims sought refuge in Israel to treat their wounded? To say that the alternative to Assad are the few thousand Muslim extremists fighting today when the majority of the Syrian people refute this form of Islam is conspiratorial. Either it displays ignorance or is deliberately intended to save Assad at any cost.

If Assad wins, brace yourself for border-less destruction and death. It is a recruiting bonanza for extremists.

Today’s continued destruction of Syria will have an impact on all the Levant for generations to come. Education-deprived young Syrian children in refugee camps will turn into an infested pool of human undesirables should they want to avenge their fate using violence. Have the Palestinian refugees not set that example before us over the last 70 years almost?

Kicking the can by lazy policy makers who would rather write a glorious book than experience the pains of defeating our enemies rest on calling Assad to stay in power. Why should they plan painfully a strategy whose glory would be collected by someone else when they could simply acquiesce to the status quo and call it stability? In this new brave world of uninformed cowards and obtuse intellectuals, defeating all terror seems be as distant a goal as voting for a presidential American.