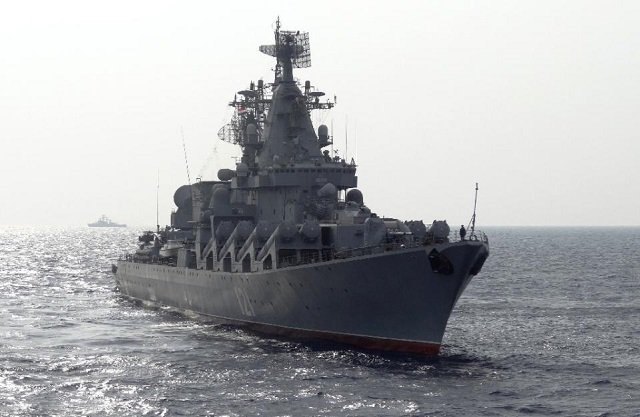 Russia is throwing the kitchen sink in Syria with regard to its weapon systems in the hope it could sell more to fund the Syrian war campaign. Countries around the world should consider these weapons are behind crimes against humanity, therefore, they should boycott Russian weapons in live fire exercises against Syrian civilians.

The latest to enter the Syrian theater for a live demonstration is Russia’s top spyplane the Tupolev 214R. A week earlier, Putin dispatched a new cruise missile ship, the Zelyoni Dol, to also demonstrate its capabilities, some we suspect on Syrian civilians and some on US-backed rebels in Aleppo. In Syria, Russia has its top of the line bombers and jet fighters already dropping bombs on hospitals and schools.

For those who are unfamiliar with the weapon acquisition mechanism, when billions are at stake, countries acquiring weapons seek live demonstrations using certain scenarios pertaining to their defense needs. For example, if India is in the market for a cruise missile system it needs to reach Islamabad from its own territorial waters, it may seek a distance and an accuracy demonstration under all kinds of weather conditions, which could be expensive to set-up. Instead, Russia could demonstrate its cruise missile capabilities in Syria by emulating conditions some of their buyers may have asked for.

This is one reason Russia is bombing hospitals and schools. This accuracy test could be worth billions of dollars in sales to Russia.

The question most countries should ask themselves before committing to the acquisition of Russian weapons being demonstrated in live fire exercises against real live people is the path they would be charting when other countries follow suit in the future. Are we on the verge of creating bloody conflicts anywhere around the world just so some country sells its warfare? Which country is next to fall prey to a live fire exercise just so Russia sells more weapons?

Additionally, there is a morality factor here at play. If we cross this Rubicon of death as Russia has, when does it all stop? Weapon sales is a cyclical industry like all others. which means balance sheets are adjusted annually. Does that mean, with Russia paving the way in Syria, other countries would have to find a new annual conflict to satisfy their needs to demonstrate live their war machine?

The international community must secretly boycott Russian weapons in live fire exercises against Syrian civilians because they are used in Syria to target women and children. This should send a strong signal to other countries, in the market to emulate Russia’s dangerous path, that there is a red line humanity must not cross. Today, it is Syria. Tomorrow, it could be some poor African country or another hopeless Middle Eastern nation. Already, Russia may be looking for Libya to become its next target.

Had Russia targeted ISIS and only ISIS in Syria, this article would not have been written.

Furthermore, a live weapon demonstration sustains the terror industry. If there is no terror, how could Russia justify its live fire demonstration against civilian targets in one country or another? This wag the dog scenario is as real as you can imagine. Terror will never die whether it is real or not because without it how could weapon manufacturers save money by emulating real live fire exercise demonstrations with real live conflicts and targets made of flesh and blood.