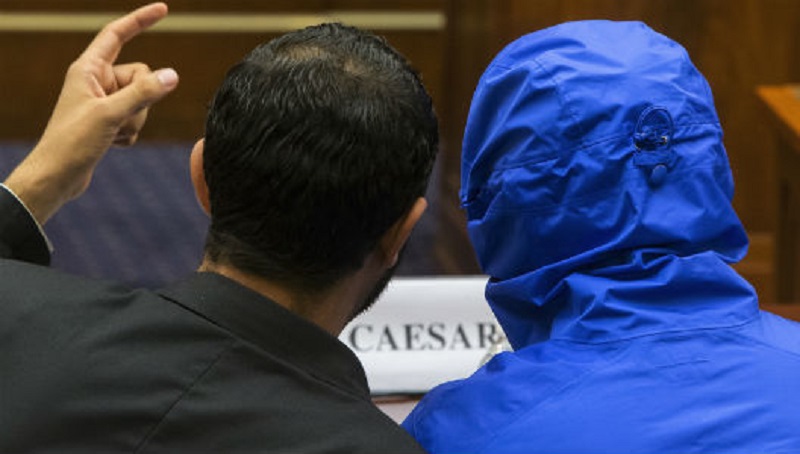 Absent any other means by which the United States can hold Assad accountable for his crimes against humanity, on the hill there is bipartisan support to implement the Caesar Syria Civilian Protection Act. Immediately rather than wait for June when its deadline looms for the President to take whatever measures are necessary.

The Caesar Syria Civilian Protection Act will block the Assad regime from re-building his military, which will bring an end to Syrian suffering. Its biting Coup de Gras would sanction the Central Bank of Syria, which is tantamount to freezing Syrian reconstruction, and many would-be-nations-investors, like the inconsequential United Arab Emirates, would flee the ruins of Syria faster than an alien saucer cup.

We respectfully request you to put them into effect immediately as the crisis in Idlib worsens with each passing day.

Caesar, an Assad military photographer responsible for documenting the atrocities committed by the regime, smuggled 55,000 photographs showing the extent of the Assad horrors against ordinary Syrians. When TFS claims Assad is a psychotic killer like the world has never seen before, the Caesar photographs are testimonials to our claim. Like Hitler’s genocidal tendencies, Assad is only killing fewer civilians because his industries are far smaller. This is the only difference that the west seems to miss.

After his own people, come the Jews. There is no doubt that Assad would commit atrocities against Israel if given the chance. What stops him now is his own weakness. One Iran is building up for him to act one day.

But to some, in a world of religious terrorists like ISIL and IRGC, secular leaders look good. Even if they have Hitler’s DNA. However, thanks to Ambassador James Jeffry, there is light at the end of the tunnel for the Syrian civilians. Syrians need a western hero to save them.

Of course, Assad agents in the U.S., like Joshua Landis, are quick to object. Understandably, Landis job is to empower the killing of civilians while wearing professorial respect. One Assad indirectly bought for him at the University of Oklahoma. In 2017, Landis unequivocally justified Assad using chemicals to kill civilians.

TIME has come for the United States to act besides handing out aid cash. The forces of evil, whom Assad represents, are knocking at the gate. Literally.

Two days ago, Kataib Hezbollah in Iraq, an Iranian proxy, attacked the Taji Military Base in Iraq, which took the lives of two brave U.S. servicemen. The attackers are Assad staunch supporters and enablers, and the weaker the U.S. looks in crushing the Assad regime of terror, the more empowering it is to his enablers. It’s an Arab mindset the west does not easily grasp.

One should ask why Kataib Hezbollah keeps attacking the U.S. military in Iraq even though U.S. retaliation has been automatic. They are not suicidal after all. One reason is because their enablers still stand tall, defiant, and military capable.

When you stop Assad in his tracks by implementing fully the Caesar Syria Civilian Protection Act, you also stop Iran and Russia from making any gains on the ground in Syria. Let them all rule over a ruined Syria unable to become an operable country for sometime. Until the west sorts out what comes after the Assad regime of terror.

The moral imperative for the President is to enact the Caesar Law. It is time for the United States, after nine years of Syria support by Western Union, to actually sink its principled claws into the Assad rotting flesh. Short of that, we are looking for Iran and Russia to grow bolder and more lethal.

And for heaven’s sake, don’t listen to those Bedouins seeking to enrich themselves from the Syrian tragedy. Wearing a western suit and toasting U.S. lawmakers with Champagne does not make them noblemen.

It is time for this President to show he is NOT Barack Obama when it comes to Syria.