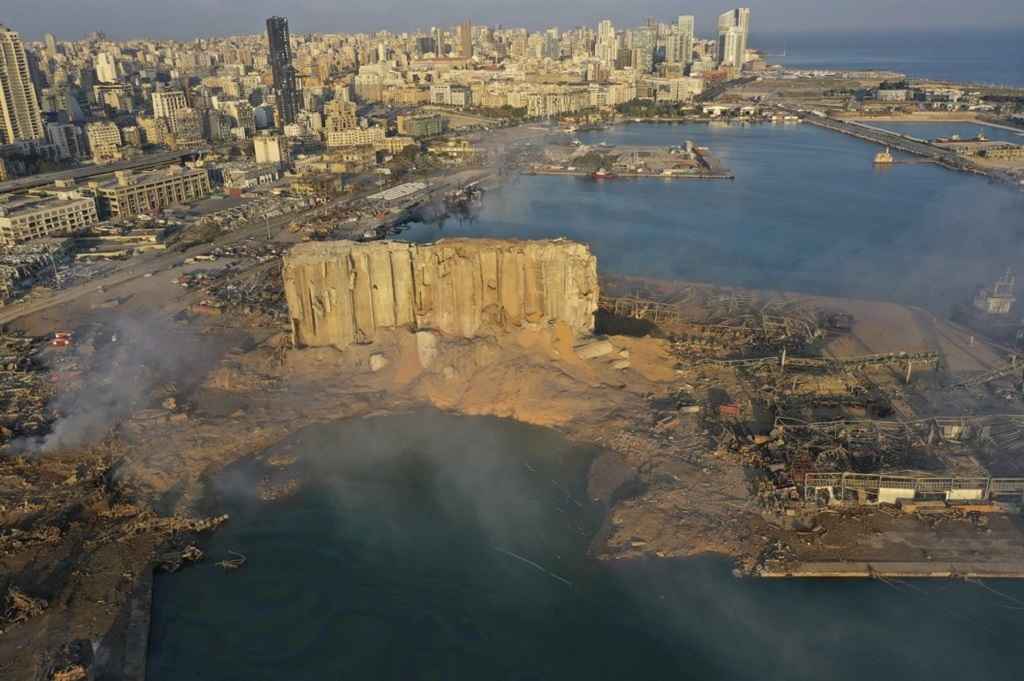 Amid the death and destruction in Lebanon, there are some gold nuggets to dig for in the news cycle. Three are of particular interest. One is the latest knowledge that Hezbollah refused to open the books to the IMF over its negotiations to reform the state and restructure its mountain of debt. The second deals with western nations forming an international consortium to investigate the blast real causes. Lastly, the sudden full awareness by countries like France of how shockingly corrupt Hezbollah and its allies have been. In effect, the Beirut blast exposes Hezbollah corruption to the outside world.

In his second press conference, President Emmanuel Macron stood on his own to address the media. Michel Aoun, the thief, was conspicuously absent

Sunday’s donor teleconference is hosted by French President Emmanuel Macron, who was mobbed last week by tearful victims of the Beirut ammonium nitrate explosion begging him to ensure the corruption they blame for the blast that devastated the capital does not profit from its destruction.

But Macron’s response to the crowd, and later in a speech in Beirut, was unusually blunt: The aid “will not fall into corrupt hands” and Lebanon’s discredited government must change. Germany, Lebanon’s second-biggest bilateral donor, made similar demands.

“That’s precisely what the Lebanese people have rightly demanded: individual interests and old lines of conflict must be overcome and the welfare of the entire population must be put first,” German Foreign Ministry.

In his second press conference, President Francois Macron stood on his own to address the media. Michel Aoun, the thief, was conspicuously absent.

Lebanon has an accumulated debt of about $100 billion. That’s huge for a population of 7 million. Five millions of whom are indigenous Lebanese, and the rest are Syrian and Palestinian refugees.

Lebanon’s electricity company, controlled like the port by multiple factions, posts losses of $1.5 billion a year.

Prior aid, Houry said, ended up as a tool in the hands of the political leaders, who kept their slice and doled out jobs and money to supporters.

Protesters, tired of the small indignities they endure to get through a day — 37% of people report needing to pay bribes, compared with 4% in neighboring Jordan, according to Transparency International — and the larger issue of a collapsing state, are going after both.

On Saturday, they seized offices of the Economy Ministry, hauling away files they said would show corruption around the sale and distribution of wheat. The blast destroyed Lebanon’s wheat stockpile, which the authorities stored next to the ammonium nitrate warehouse.

One man called out as they rifled through the desks:

We restored the economy ministry to the Lebanese people.