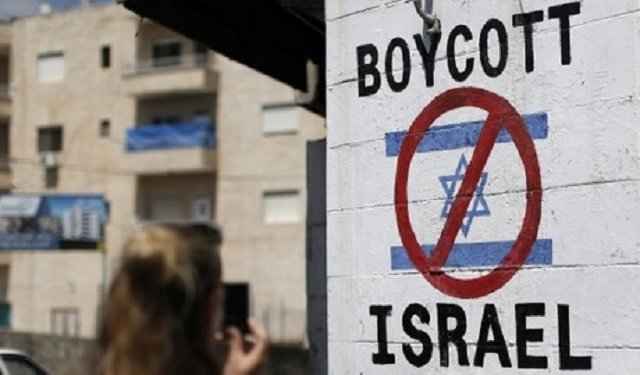 BDS Is a Still Antisemitic Baby

British town halls and publicly funded universities face “severe penalties” if they institute boycotts of “unethical” companies or Israeli goods under controversial new rules to be outlined by the government this week. BDS is a still antisemitic baby.

The Cabinet Office said in a statement on Monday:

The proposed rules are due to be announced later this week by Cabinet Office Minister Matt Hancock during a visit to Israel, the government statement said, without saying what penalties may be imposed.

“We need to challenge and prevent these divisive town hall boycotts,” Hancock was expected to say.

The measure would apply to the public sector as a whole, including the National Health Service.

The only exception to the boycott ban, which also covers action against companies involved in the arms trade, fossil fuel and tobacco, would be official sanctions agreed by the central government.

The move follows a series of local boycotts in recent years that have angered Israeli authorities. However, with this move, BDS is a still antisemitic baby.

In 2014, Leicester City Council instituted a boycott on goods made in Israeli settlements in the occupied West Bank.

The European Union last year backed the labeling of products from Israeli settlements, in a move that Israel condemned as discriminatory and warned could harm the peace process with the Palestinians.

The Cabinet Office said it continued to support labeling “to ensure that individual consumers are able to make informed choices before they buy”.

BDS Is a Still Antisemitic Baby