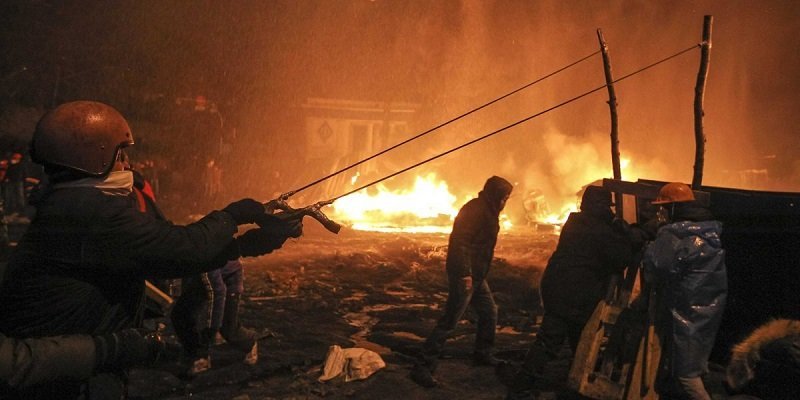 Barack Obama Is Planting the Seeds for World War III

With his non-interventionist policies, Barack Obama is planting the seeds for World War III with Syria as its epicenter the way Poland was the epicenter of World War II. His policies are leading Russia to take over the Middle East region, which would not be acceptable to any other U.S. President come January 2017.

It is logical to assume today that, as a result of Barack Obama’s policies, Russia is now the dominant player in the Middle East. Iran, Syria, Iraq, and Egypt are all turning East to Russia. Even Israel, America’s best friend in the region, can no longer afford to play “make believe”. Its military is coordinating with the Russian military as if the Pentagon no longer is relevant.

The Russian paw encroaching upon Syria, with China’s background support, will eventually step beyond the war-torn country to control the flow of oil and gas to the West. If anyone has any doubts that the Syrian invasion by Putin is the beginning of something far more sinister, they have no sense of the bad history between America and the Soviet Union Putin was raised into. As Stalin duped Roosevelt to control Eastern Europe, so is Putin duping Obama to control the Middle East. Except that Obama may be more of a willing partner here considering his admiration for Frank Marshall Davis, a staunch communist.

By the time Barack Obama leaves office, America’s power would be reduced to that of a whiner observer, and its role would be relegated to a curious onlooker watching everything it built since World War II crumble and die. Next time you see Barack Obama smile, the image of America crashing in the Middle East would be the one crossing his mind. Barack Obama is a foreign agent to a foreign country parading as an American patriot. His genius is that he has conned the world into believing he is someone he is not.

In 2017, any U.S. President elected would have to undo Obama’s damage through confrontation. Who in their own right mind would believe that after Russia and China control world oil supplies to the West would relinquish them without a fight? Knowingly, deliberately, and purposely Barack Obama is planting the seeds for World War III with his policies to extricate America’s power and influence from the Middle East region in order to yield the region’s oil supplies to our enemies. His Iran Deal is constructed to spark it.

Happy you voted for Barack Obama? Maybe you or your son did not go to war during his time, but he has paved the way for your son or your grandson to die on foreign soil because of his communist treachery.

Barack Obama Is Planting the Seeds for World War III