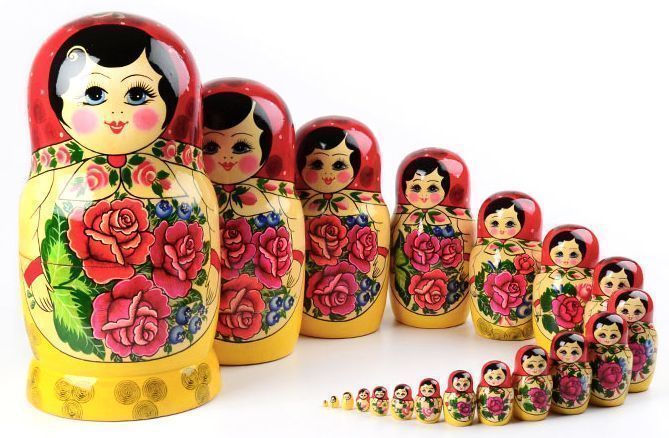 August 27, 2018 10:44 am 0
Leaderless Iraqis Are Courageously Rising Against Iran
Iran Meet and Greet Terrorists
Iran Is Getting Hammered in Yemen

Israel claimed that Syria’s civil war has ended, and that Assad has won. Neither of those two claims is true. The reason lies in the multiple layers of goals each of the multiple countries involved in the war attaches to resolving the Syrian conflict in their best interests. We call it the Babushka Dolls goals.

What Assad and Putin Want

The sociopath still ruling most of Syria has demands that mirror those of Putin’s. Mainly, that Assad takes total control over Syria circa 2011. Secondly, western funds to reconstruct Syria under the logic it was the west that started the war; and not Assad’s extreme violence against children who painted anti-regime graffiti. Those two Babushka dolls hide a quid pro quo other countries seek to serve their interests.

The U.S. is willing to discuss reconstruction of Syria in return for Iran’s complete exit, and full monitoring of Assad’s chemical weapons plants, in addition to the total destruction of his stockpiles. Two items you will not find in either Assad or Putin’s agendas. The Babushka dolls goals expose US demands only when Assad and Putin goals make their appearance.

The terrorist Ayatollahs in Iran did not sacrifice treasure and lives to protect Assad for the United States to force her out of Syria. At least, this is the Iranian thinking. Iran’s Babushka Dolls goals are buried deep inside Assad and Putin Babushkas. Neither did Assad build his arsenal of death and destruction for America to take it all away with a simple demand. Iran, like Assad, will protect both regime and sarin gas stockpiles because it tests the resolve of the U.S. and Iran over issues Iran considers sovereign. Even if Iranian sovereignty spreads death and terror.

Then Turkey has its own Babushka doll goals of protecting the Idlib Province from an imminent assault by Assad and Putin. All the Muslim Brotherhood, in addition to other extreme Islamists fighters, who escaped Russian fire from other regions are crouched in Idlib. Idlib is also home to three million civilians we all know Assad and Putin would gas surely if Bolton’s threats were not taken seriously. Turkey has threatened to defend Idlib militarily if needs be. Qatar is just a bank.

The oil countries in the Gulf, represented by Saudi Arabia and the UAE, seek to reverse Iranian expansionism in the region. Leaving Syria meets half of that goal. The second, and most important half, is for Iran to abandon Yemen all together. The rulers there have accepted their losses in Syria, but will never accept any losses in Yemen. If the US fails to dislodge Iran from Syria, both countries will be back in Syria to fuel unrest. When Israel assumed the war has ended, it also assumed Iranian sure exit from Syria. That’s the Gulf Babushka Dolls goals.

Inside the Babushka Dolls Goals

The real Babushka Dolls goals are what lies below the surface. Is the US goal only to remove Iran and control biological warfare in the region? Or does the US want to clip Putin’s wings as punishment for his aggression against Ukraine and Syria? Which happened during the era of the wimp president. Or, is the U.S. intent on dislodging Putin as well from the whole region? Does the U.S. have a larger goal in mind to block Syria from becoming a lethal terrorist country once again? If true, the Syrian civil war won’t end anytime soon.

The intertwining of goals, demands, and requests by each country involved directly in Syria’s war that are antipodal makes it difficult to predict an end to the war when one party threatens with a military counter offensive, Idlib fighters are prepared to defend against an Assad assault, and Europe is threatening militarily as it watches in slow motion a repeat of Syrian refugees flooding their borders if the United States fails to punish Assad severely.

Already, France and the UK are taking it upon themselves to punish Assad to block him and Putin from their terror behavior.